The Truth Behind This Viral Pic Of A "Human-Sized" Bat

Is this bat actually human-sized? 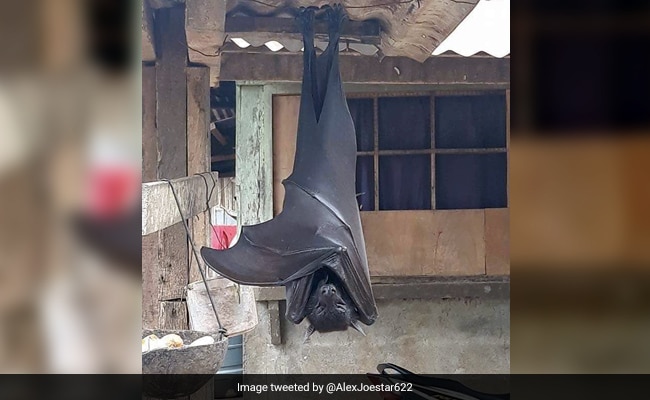 A picture going viral shows a huge bat hanging from a wire.

An old photo of a gigantic bat in the Philippines has resurfaced on Twitter, leaving social media users stunned. The nightmare-inducing picture appears to show a "human-sized" bat hanging from a wire outside a building. Though it went viral on Reddit in 2018, the photograph began gaining attention again last month when Twitter user '@AlexJoestar622' shared it on the microblogging platform.

"Remember when I told y'all about the Philippines having human-sized bats? Yeah, this was what I was talking about," the Twitter user wrote while sharing the picture.

Remember when I told y'all about the Philippines having human-sized bats? Yeah, this was what I was talking about pic.twitter.com/nTVIMzidbC

The picture has garnered a whopping 2.6 lakh 'likes' and hundreds of stunned comments on Twitter. While many branded it terrifying, others raised doubts about the picture's authenticity.

The picture, however, is not actually fake.

According to fact-checking website Snopes, the photograph truly depicts an animal that exists in the real world.

While there is some confusion over the species of bat photographed, the general consensus is that the picture shows a giant golden crowned flying fox. Also known as the golden-capped fruit bat, this species of megabat is endemic to the Philippines.

The giant golden crowned flying fox can have a wingspan of up to 5.5 feet, but its body only grows to about a foot in height. This makes this fruit-eating bat bigger than regular bats, but definitely not human-sized, as has been claimed in the viral tweet.

One Twitter user, who said he was from the Philippines, confirmed that these bats are not actually human-sized. "I can confirm this, they have a huuuuuge wingspan but the bodies are not really that big, more or less like the same body as a medium (bit smaller) sized dog," he wrote, adding that these bats are "really gentle".