The Incredible Moment David Beckham Made a Brilliant Catch at Wimbledon 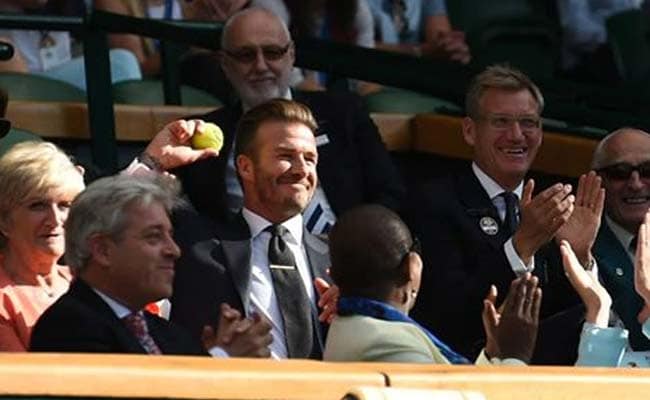 Even though Jamie Murray and John Peers won the match, all anyone can talk about is Beckham's amazing catch. Image Courtesy: Facebook/Wimbledon

David Beckham can still bend it like it's no one's business. The 40-year-old former sport star proved he's still got it when he caught a rogue ball at the men's doubles semi-final match at Wimbledon in which Jamie Murray and John Peers played Jonathan Erlich and Philipp Petzschner. Becks, sitting in the Royal Box, provided the highlight of the match.

The incredible catch was almost caught on camera. It was after a nifty serve that the ball bounced off a line-judge's chair and swung over the Royal Box. Becks, being Becks, caught it amid huge cheers from the crowd and threw it back to the players on court.

Can we have our ball back please...? #Wimbledonpic.twitter.com/cSYrWvfHbH

Now, even though Jamie Murray and John Peers won the match, all anyone can talk about is that amazing catch.

"If he'd missed that one, he would have got in trouble," quipped the commentators while a modest Becks waved to his cheering fans.

Take a look at how everyone present reacted to Beckham's feat in the video below.

Incredible catch by David Beckham in the Royal Box at #Wimbledon. He should have been a goalkeeper...

Posted by Wimbledon on Thursday, 9 July 2015