Horrifying footage filmed during the procedure shows the spider emerging from behind its web inside the woman's ear. 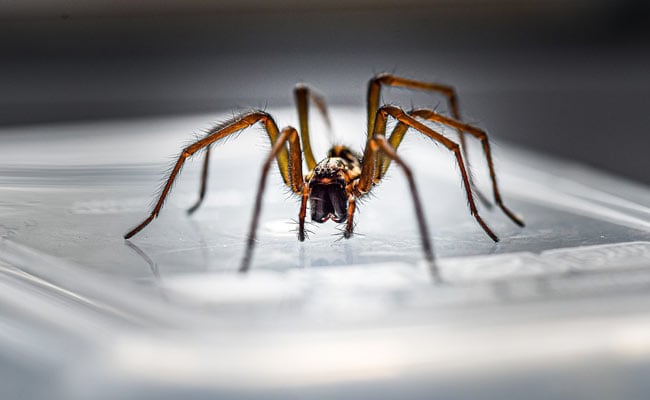 A video shows a spider and its web, spun inside a woman's ear. (Representative Image)

On April 22, the patient - who has not been named - visited the Mianyang Hospital of Traditional Chinese Medicine in the Sichuan province of China. She complained of a stinging pain, some itching and ringing in her ear.

According to Ladbible, Doctor Liu spotted a ball of silk in the woman's ear canal and recommended an otoscopy. The examination revealed a live spider inside, which was removed after the doctor paralysed it with chemical ear drops and lifted it out with tweezers.

Horrifying footage filmed during the procedure shows the spider emerging from behind its web inside the woman's ear. The footage has been widely shared on Chinese social media platforms. Watch it below if you are feeling brave:

Fortunately, the woman's ear was not damaged by the spider. She said that it had probably entered her ear while she was working at a vineyard.

"It was fortunate that the spider was small and didn't rupture her eardrum, otherwise she might have suffered hearing loss," said Doctor Liu. He added that though instances of spiders entering ears are not common, this was not an isolated case.

Last year, a woman in Missouri discovered a small venomous spider living inside her ear.