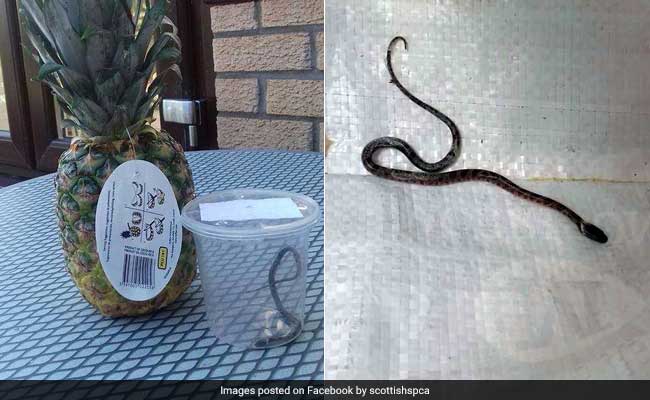 The snake travelled from Costa Rica to UK undetected.

An Edinburgh man received an unpleasant surprise when he came back home from the supermarket, only to find a snake clinging to a pineapple he had purchased. The incident took place on Tuesday, August 15, according to the Scottish SPCA, who were called in to rescue the snake. Nicknamed Ricky by the Scottish SPCA, the snake is now being cared for by experts at Butterfly World in Edinburgh. "We named him Ricky, as he's come all the way from Costa Rica. He's in a good condition... We're glad we were called out as without proper care Ricky wouldn't survive our climate," said Animal Rescue Officer Catherine Atterton.


According to the BBC, the snake is a cat-eyed snake, also known as a frog spawn snake.


"All our fresh pineapples are transported in cold storage with additional processes in place to prevent such issues occurring. We are investigating this isolated incident with our supplier to understand how this could have happened," the BBC reports a spokesperson for the supermarket chain where the pineapple was purchased as saying.Click for more trending news