The Pappadum song has been viewed nearly 2 million times on Twitter, where it has drawn flak for cultural appropriation. 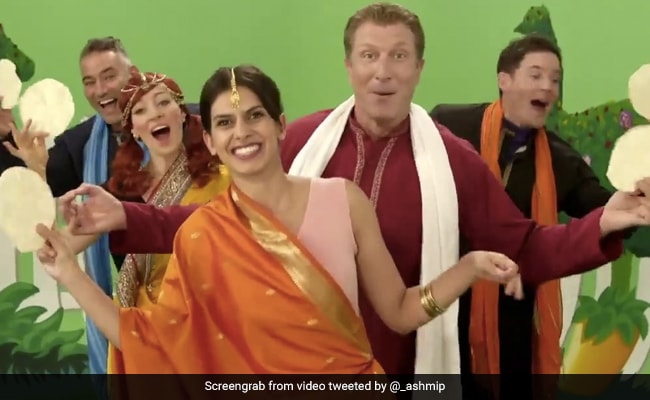 The Pappadum song by The Wiggles has come under fire for cultural appropriation.

The Wiggles' founder Anthony Field has apologised for a song called Pappadum, which went viral six years after it was released. The Wiggles is an Australian children's music group. It found itself in the spotlight after a clip of the Pappadum song resurfaced and went viral on Twitter. The song was featured in a 2014 episode of Ready, Steady, Wiggle!, reports Metro News, and is currently facing heat on social media for promoting Indian stereotypes and being culturally insensitive.

In the clip, people dressed in sarees and kurtas can be seen dancing and waving pappadums around.

"To be clear, this was not the representation I wanted," one Twitter user wrote while sharing the clip last week.

to be clear, this was not the representation i wanted pic.twitter.com/vNswTi0E16

The song spread quickly on the microblogging platform and drew flak for cultural appropriation. It has been viewed nearly 2 million times on Twitter, where thousands of people have slammed the music group for promoting stereotypes.

Wow... just... wow. All those poppadoms and no chutney. But plenty of inappropriate stereotypes and a dash of casual racism. https://t.co/aA9ifixfC4

QUICK! Let's put every stereotype in a 1:30 minute video and have white dudes appropriate our culture at the same time! https://t.co/zJzZQYMLks

The presence of one woman - presumably of Indian descent - grabbed maximum eyeballs, with many pointing out that she looked distinctly uncomfortable throughout the video.

Like...she doesn't even sing at all.

I'm usually pretty lax with this kinda stuff, but deadset - who thought this was a good idea? pic.twitter.com/yIR5aCyCD8

She had the same expression throughout the entire video ???????? Aunty didnt not want to be there pic.twitter.com/U4VaGFjfsI

As outrage over the song grew, The Wiggles member Anthony Field took to Twitter to apologise for it. "It was not my intention to be culturally insensitive to the Indian community, or to add value to ethnic stereotyping. Apologies," he wrote.

Al, I wrote the song, and directed the clip in 2014 (which was meant as a celebration). It was not my intention to be culturally insensitive to the Indian community, or to add value to ethnic stereotyping. Apologies .

The Wiggles spoke further on the controversy in a statement provided to HuffPost.

"Over the years, we have been fortunate to collaborate and work with some wonderfully diverse artists, musicians, performers and dancers from varying cultural backgrounds. Through these collaborations, we have had the opportunity to share, explore and celebrate many diverse cultures," the statement reads.

"Our intention was for the song to be a celebration, not to be culturally insensitive. We apologize for any offence caused. The song and video no longer features on our Wiggles official sites and The Wiggles have decided that they will not be performing it during their live shows going forward."

After Odisha, A Bright Yellow Turtle Has Been Spotted In Bengal