4.2 million views for this bizarre video. 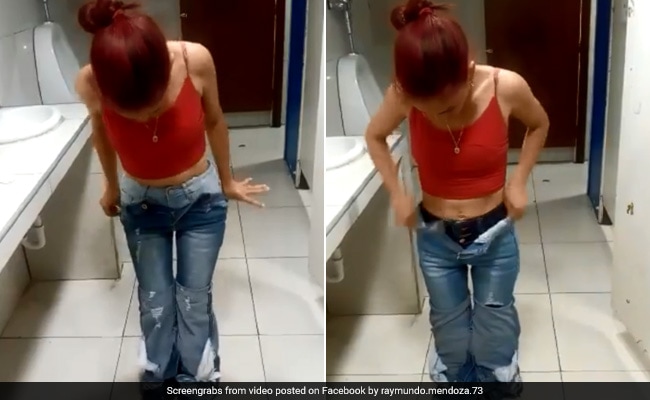 A woman was caught wearing nine pairs of jeans.

In today's edition of strange robberies is a woman who was caught trying to steal multiple pairs of jeans from a clothing store. The shoplifter in Venezuela was caught wearing eight pairs of jeans on top of her own in a bid to steal them. A bizarre video that has gone viral online shows her removing one pair of jeans after the other on being caught.

The video, which appears to have been filmed inside a washroom, shows the woman removing eight layers of denim in total. A person can be heard counting the number of jeans as she takes them off. According to Daily Mail, the woman has not yet been identified and it is not known where exactly the incident took place.

The video, however, has taken social media by storm. Since being shared on Facebook about two weeks ago, it has collected over 4.2 million views. Watch the video below:

The bizarre video has also garnered thousands of amused comments, with some people remarking on the shoplifter's ingenuity.

This isn't the first time a failed robbery has left social media amused. In August, three women had their robbery plan foiled when one of them forgot her baby inside the store she was shoplifting from.