Alessandro, 12, asked his family to begin filming the scene when he saw the bear. 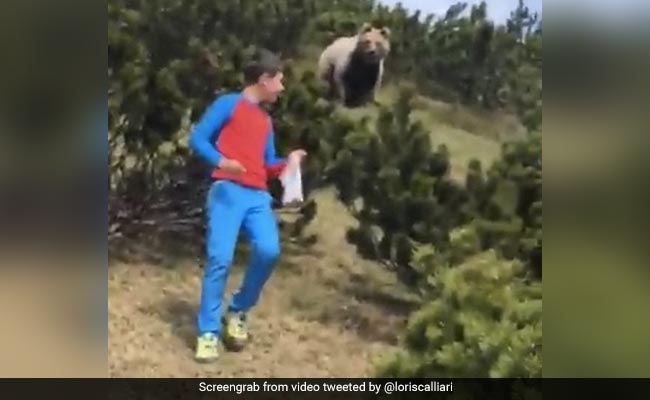 12-year-old Alessandro remained calm when he saw a bear following him.

A 12-year-old boy avoided a bear attack by keeping calm and slowly walking away from the enormous animal. Animal lover Alessandro, 12, was hiking with his family in the hills of Trentino in northern Italy when the brown bear began to follow him, reports The Sun. Instead of panicking, however, the boy managed to keep his cool and followed his mother's instructions as he walked slowly away from the animal. He had reportedly been studying how to behave around bears before his own close encounter with one.

According to local newspaper L'Adige, Alessandro asked his family to begin filming the dramatic scene when he saw the bear. In a video of the incident shared on Twitter by Loris Calliari, he can be seen walking down the hill as the bear stands up on its legs several times.

The boy's mother, who can be heard instructing him in the video, told the newspaper that the bear was not aggressive.

The video of the incident has been viewed over 45,000 times since being posted on the microblogging platform, collecting a ton of comments praising the 12-year-old for staying calm in a frightening situation. The footage has also been widely circulated on social media platforms like Facebook.

According to Daily Mail, Alessandro's uncle told local newspaper La Stampa that the boy remained calm even as other members of the family were left terrified by the huge bear.

"We had left home only a little while before. In the mountains there were some other people but it was otherwise silent," he said.

"Alessandro walked a few metres ahead of us in order to collect stuff and at one point we saw him coming out from the woods and being followed by the bear. Obviously we were terrified but he was calm."

Speaking about the incident, Alessandro said, "It was important to leave quickly but without making the bear feel it was in danger. I did not look it in the eye and the bear understood I was not its enemy."