Social media users were left laughing out loud when a picture of a pamphlet for Anu's Kitchen began to do the rounds of the Internet. 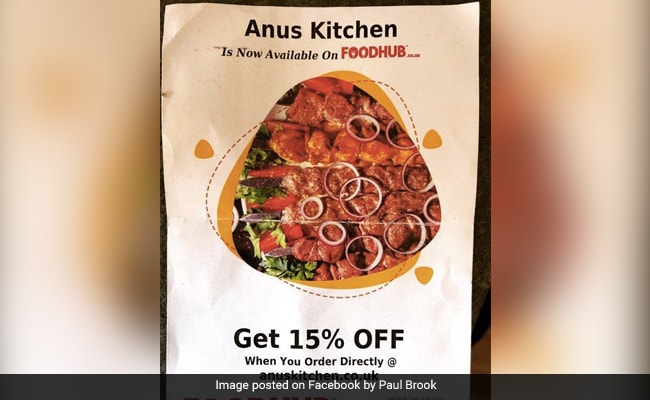 Spot the punctuation error on this leaflet?

An Indian restaurant in London has been ridiculed for missing out on a small but crucial punctuation sign on its leaflet. Social media users were left laughing out loud when a picture of a pamphlet for Anu's Kitchen began to do the rounds of the Internet.

According to The Sun, the leaflet was used on takeaway delivery site Foodhub and read: "Anus Kitchen is now available on foodhub.co.uk."

The lack of apostrophe after Anu did not go unnoticed as it inadvertently changed the whole meaning of the word. It led to merciless trolling of the Indian restaurant on social media. The picture was first shared on Facebook user Paul Brook, who wrote: "Why punctuation is important."

It collected hundreds of 'likes' and amused comments on the social media platform.

"No amount of punctuation is going to make that right," joked one Facebook user.

"There should be an apostrophe in your colon," another quipped.

The leaflet also made its way to other social media platforms. "Anu's kitchen. Remember, punctuation is important!!" wrote one Twitter user while sharing a picture of it on the microblogging platform.

In fact, this is not the first time that the restaurant's name has caught people's eye. In 2014, too, a Twitter user had shared a picture of the eatery's signboard.

What do you think of the blunder? Let us know using the comments section.