"He was like 'You didn't see a wolverine,'" said Ms Henry. 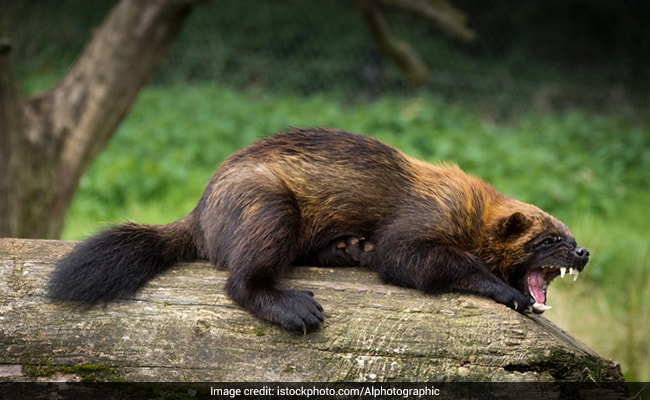 A rare sighting of the elusive wolverine has surprised wildlife officials in the US. A furry mammal of the weasel family, wolverines resemble small bears and live in remote mountainous areas. "On the spectrum of enigmatic beasts, it's only slightly less mysterious than a sasquatch. But the wolverine is a very real animal," said the Oregon Zoo in a 2012 article.

The animal was photographed at Washington State's Long Beach Peninsula by Jennifer Henry, according to CNN. In fact, so rare is a wolverine sighting on a beach that when Ms Henry first approached a wildlife official and said that she had seen one, he did not believe her.

"I asked, 'Is it common to see wolverines here on the peninsula?' and he was like 'You didn't see a wolverine,'" said Ms Henry, according to the Chinook Observer. She had to show him the picture she took to prove it.

Ms Henry, 48, had first spotted the mammal at a beach while driving her bicycle home. "I get up to it, and I was like, 'Oh, there is something moving over there,' and all of a sudden this head pops up and I was like, 'Oh, hi there, aren't you different,'" she said. She clicked a picture of the animal and showed it to her husband, who identified it as a wolverine. Before that, Ms Henry had not even known wolverines existed outside of X-Men.

Jeff Lewis, a mesocarnivore conservation biologist at Washington Department of Fish and Wildlife, has now confirmed the beach sighting. "This is way outside the beaten path for the wolverines," Mr Lewis said. "It's not near the habitats they are usually at."

According to the Center for Biological Diversity, an animal conservation organisation, less than 300 wolverines remain in the US. Of these, only about 20 are believed to be in Washington state. Trapping and habitat loss have been dramatically shrinking wolverine populations for more than a century.