Nothing except the registration number of a vehicle should be displayed on number plates. 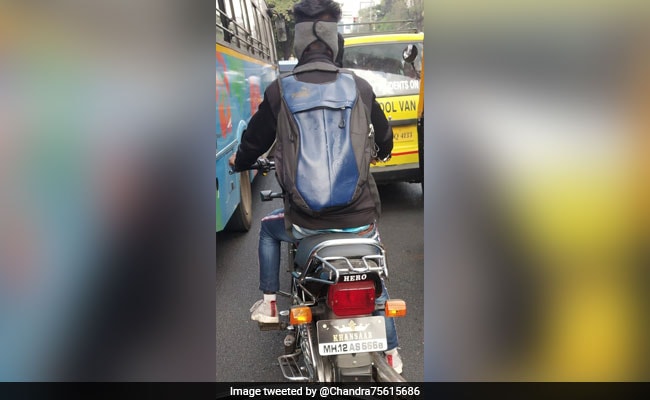 A "Khansaab" number plate brought out Pune's Police's funny side.

Pune Police's witty reaction to a number plate with "Khansaab" written on it has won them many fans. On Tuesday, a Twitter user shared a photograph of a bike with the registration plate featuring a crown and the words "Khansaab". The Twitter user urged Pune Police to take action against the bike's owner for violating rules.

Pune Police had the funniest response to the offending number plate.

Their tweet has collected nearly 7,000 'likes' and more than 2,000 'retweets'. It has also won Pune Police a number of compliments from impressed Twitter users.

This is not the first time that Pune Police's humorous take on fancy number plates has amused social media. Only a couple of weeks ago, Twitter users had a hearty laugh at their response to a number plate with a crown sticker.