This heartwarming story will make every dog lover smile 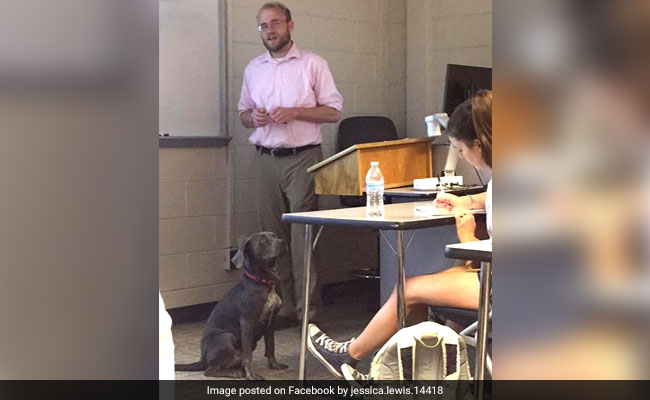 It's not very often - or ever - that you would find a dog sitting and listening to a lecture of Political Science but 'good girl' Luna is special. The little doggo recently attended a class at college with her human and the story behind it has gone viral for all the right reasons.

Jessica Lewis, a student at Georgia Southern University, US, had one important lecture to attend before she could leave for her home in Atlanta ahead of Hurricane Irma. She wanted to hit the road right after class and needed to bring her dog with her to class. So, she wrote an adorable email to her "cool enough professor to say yes" asking him permission to bring Luna along. "I promise she'll be good and only the teeniest bit disruptive," she wrote in her email attaching pictures of the furball to further make her case.

The pictures probably did work because Professor Joshua Kennedy agreed. "He responded in literally a minute and I pretty much screamed and ran outside to show my roommate," Ms Lewis told Mashable. 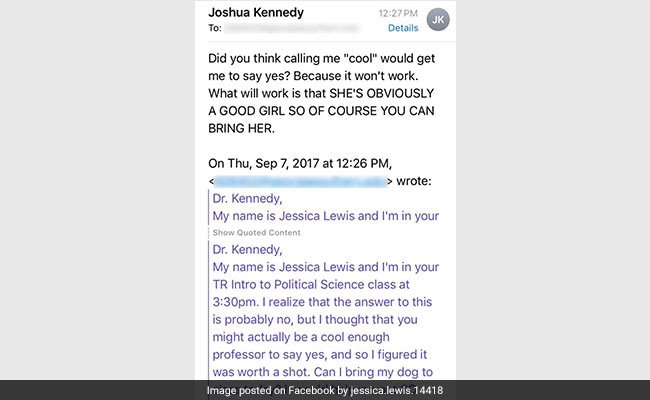 So Luna went to class and had a pretty good time at college...


"She's actually awful on a leash and we've had a hard time training her with it, so she dragged me across campus on the way there, but once we got there and she was in the classroom no one had a single complaint about her. She loved it," Ms Lewis told Mashable.


"She walked around and got pets from everybody and had a great time. She made a lot of friends," Ms Lewis told The Tab.

Promoted
Listen to the latest songs, only on JioSaavn.com
"In case you were wondering how college was going for me, this happened today," Ms Lewis wrote on Facebook while sharing this heartwarming story. Her post has gone crazy viral. It has collected over 29,000 shares and more than 13,000 reactions since September 8.

"It's the little things like this that completely make my day," says one Facebook user on the post. "Best professor ever," says another.Click for more trending news