"Parallel Universe," Says Blogger Isolating On One Of World's Most Remote Islands

"There are no social distancing or lockdown measures on Socotra," says Eva zu Beck. 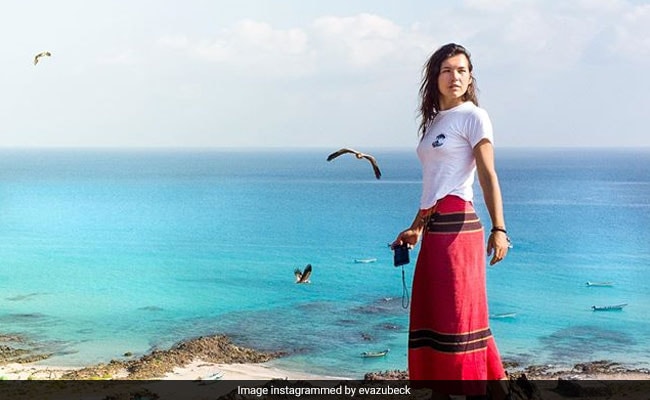 Polish blogger and YouTube star Eva zu Beck has spent the last two months on Yemen's remote island of Socotra - a place with an ecosystem so unique it's often referred to as the "Galapagos of the Indian Ocean". The travel blogger has been waiting out the pandemic in one of the world's most-isolated places and sharing updates from her stay on Instagram, where she has a following of more than 4.5 lakh.

According to CNN, Eva arrived at Socotra on a weekly commercial flight on March 11 - just days before much of the world began shutting down to contain the spread of coronavirus. On March 15, Socotra officials announced that the island would be closing its borders and asked tourists to return.

"We were woken up in the middle of the night in our tents," she says, "and told that we should make our way to the airport immediately."

Faced with the choice of returning to Europe or waiting on one of the world's most remote places for the foreseeable future, Eva - who made a career as a travel blogger by travelling to off-the-beaten-track places like Syria - chose the latter. Four other tourists also decided to stay back on Socotra.

"There is no Coronavirus in Socotra and since nobody new has arrived in the last week (the island has been shut off to new arrivals since I came), it seems like a much safer place to be than any European city, or international airport," the YouTuber explained in an Instagram post. "So, I decided to stay. I am officially waiting out the pandemic on an isolated desert island. With no plans to leave."

Snapshots from Eva zu Beck's Instagram reveal that the travel blogger has been spending her time camping on pristine beaches, fishing for food and relying on locals for accommodation. She has been renting rooms from goat-herders in Socotra's less populated rural villages.

Eva says that she is not aware of any reported coronavirus cases on the island, where life continues to operate as normal.

"There are no social distancing or lockdown measures on Socotra," she tells CNN. "We are free to visit friends and move around as we please. It's as if we're in a parallel universe."

In one of her latest updates, Eva revealed that some locals of the island has picked up broken Hindi from watching Bollywood movies.

"The girls know their Bollywood moves inside out, and they even sing along in (only slightly) broken Hindi. That's an influence picked up from the TV, which runs on solar here," she wrote. "One moment, it's all Aishwarya Rai, and the next, they're singing an old Socotri song and rocking gently to its rhythm."

While her updates about life on the island collect thousands of 'likes' each, many have also criticised the blogger for her decision to stay back and potentially expose the island population to coronavirus.

"Somebody in your group could have the virus without showing symptoms. You are carrying the virus to some of the most vulnerable regions in the world," reads one of the comments on her Instagram.

"I don't think you made the right decision. Everyone needs to respect this pandemic," another says.