Michael revealed that he decided not to perform 'Dirty Diana' to make the gig more appropriate for royalty. 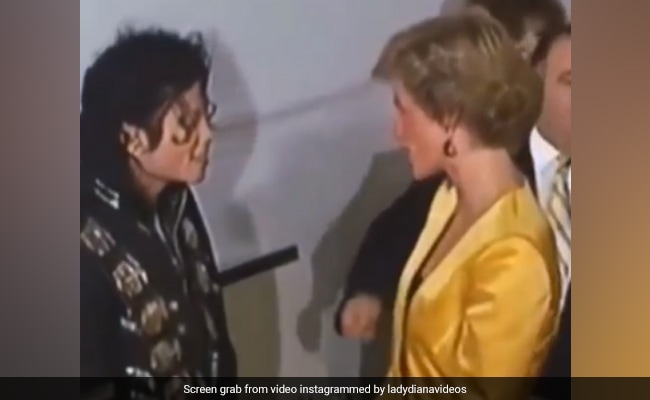 Michael Jackson revealed that the song was Diana's favourite

King of Pop, Michael Jackson delivered multiple hits throughout his career and 'Dirty Diana' was one of them. Princess Diana was a huge fan of the late pop star and in 1988, when she met the superstar prior to his Wembley Stadium Show, she made a special request.

While attending the singer's performance, Diana asked Michael if he would perform at his London concert 'Dirty Diana' as it was her favourite. Interview footage has surfaced on Instagram. During his interview with Barbara Walters in 1997, Michael revealed that he decided not to perform 'Dirty Diana' to make the gig more appropriate for royalty. He altered the playlist to show respect to Diana.

In the clip, Michael recalls, "At some point, she [Princess Diana] called me over from the line. I saw Prince Charles look at me and I said, 'oh boy". He shared that Diana tried to convince him to add the song to the show. She said, "Are you going to do Dirty Diana tonight?" To this, Michael said, "No, I took it out of the show out of respect for you."

He revealed that the song was Diana's favourite. "At that point, I couldn't put it back to the show because it was too close to the showtime," he added.

Further in the video, Michael recalled that Prince Charles walked up to them and asked what are they talking about. Diana replied, "Oh Nothing."

According to Showbiz, the late pop star and Princess Diana were very good friends. They bonded over the paparazzi, the press, and their children.

Jackson told German media in 1999, "We were very close, she was extremely close by phone... I was still married to Lisa Marie. Diana woke me up usually late at night... mostly after three in the morning. And then she held me for hours on the telephone. She talked about children, the press."