Niharika NM: The Desi Influencer In LA Whose Videos Are Winning Instagram

In her videos, Niharika switches effortlessly between an American accent and a South Indian one 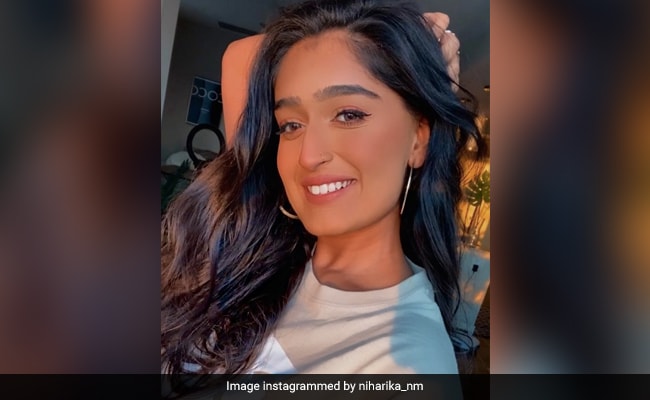 Union Minister Smriti Irani has shared her videos. She has made a guest appearance on Netflix's YouTube show Behensplaining and her hilarious Reel on the show Never Have I Ever was approved by the streaming giant itself. She has an enviable following of 1.4 million on Instagram - and she managed to hit the magical 1 million milestone in just two months, becoming one of the fastest-growing content creators on the photo and video sharing platform. We are talking about Niharika NM - the Los Angeles-based influencer who has found fans with her relatable desi content.

Niharika's almost-overnight rise to fame and her journey to amassing a million followers is now a case study at Chapman University, California, where she is pursuing her MBA, reports YourStory.

In her videos, Niharika switches effortlessly between an American accent and a South Indian one and touches upon topics that most desi teens would find totally relatable. "The best compliment I've gotten to date has to be when people tell me that I make them feel at home and very connected to their South Indian roots," she says.

Born in Chennai and brought up in Bengaluru, she moved to the US to pursue her MBA and switched from creating content for YouTube to using Instagram's Reels feature.

"It is easier to hold audience attention for 15 to 20 seconds than it is for 15 minutes," Niharika, 23, tells The Hindu.

Her hilarious Reel dissing the pronunciation of Indian names in the Netflix show Never Have I Ever was shared on Instagram by the streaming platform itself.

Today, each of her videos garnered tens of thousands of 'likes' and hundreds of appreciative comments.

Juggling studies with content creation can be challenging, but Niharika says she looks upon her videos as a creative outlet. "I don't really force myself because that won't be organic or funny or relatable," she tells The Hindu. "I make sure I give myself a break to recharge in case I don't feel like it on a particular day."