At least 300 starlings were found dead, with blood on their bodies, in Wales. 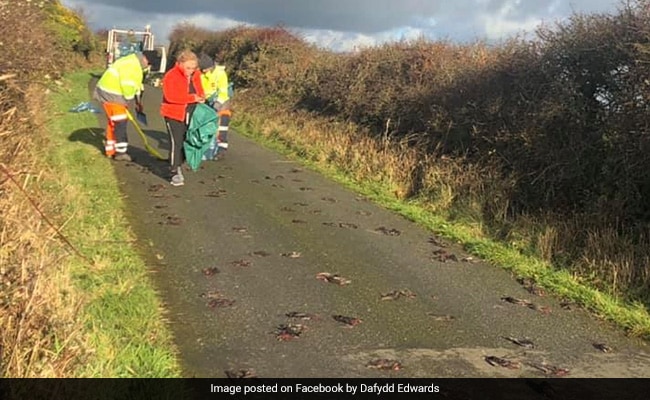 Hundreds of birds were found dead on a road in north Wales under mysterious circumstances. At least 300 starlings were found dead, with blood on their bodies, in a lane in Anglesey on Tuesday.

According to North Wales Live, the starlings were spotted by Hannah Stevens while she was on her way home. Ms Stevens said she had initially seen the "massive flock" flying overhead. The birds landed and appeared to be eating something on the road.

An hour later, they were dead.

Pictures of the dead birds were clicked by Hannah Stevens' partner, Dafydd Edwards. They were shared on the Facebook group 'North Wales bird and wildlife sightings', along with the caption: "225 counted on road with a further 100plus in the verge and hedges. Will get test results info once available. I witnessed at least 6 starling splattered in the road with a load of corn in its crop so my theory is could it be poisoned?"

"It's as if they just dropped down dead from the sky," Mr Edwards said.

According to BBC, the Animal and Plant Health Agency has collected the birds for testing.

North Wales Police, meanwhile, has said that they are investigating the "very strange" discovery. They have appealed to the public for more information.