"We're over the moon," says the happy mother 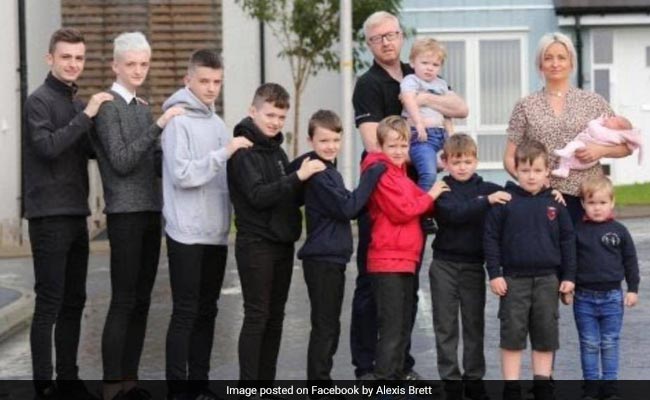 Alexis Brett and her husband welcomed a baby girl into the world recently.

After becoming the first mother in Britain to give birth to 10 boys in a row, Alexis Brett had almost resigned herself to living in an all-male household. But she was "shocked and delighted" when she gave birth to her 11th child - a girl.

On August 27, the delighted mum, 39, welcomed a baby girl into the world and named her Cameron. She shared pictures of Cameron on her personal blog 'Mum to 10 Boys'. Take a look at it below:

"We're over the moon," Alexis said to The Mirror. "I'd been expecting to hear we were having another boy. But when I found out it was a girl, my face was a picture.

"I was shocked, but delighted. Now she's here with us, it's a fantastic feeling."

Cameron was welcomed by her 10 brothers, who are aged between two to 17. In fact, if their father is to be believed, she has already become a good influence on them.

"They've generally been much better behaved around her, trying to keep quiet in case they wake her up," David Brett said to The Mirror. "They also want to help with holding and feeding her - it's been great."

According to Ladbible, the couple is not planning to have any more children.

"We're definitely stopping now,'" laughed Alexis. "There'll be no more. I said that last time, but this time I absolutely mean it. I love my family as it is now."