Millions Stolen In Nigeria. Accused - A Snake And Gang Of Monkeys

The animals are accused of "stealing" a combined worth of nearly $300,000 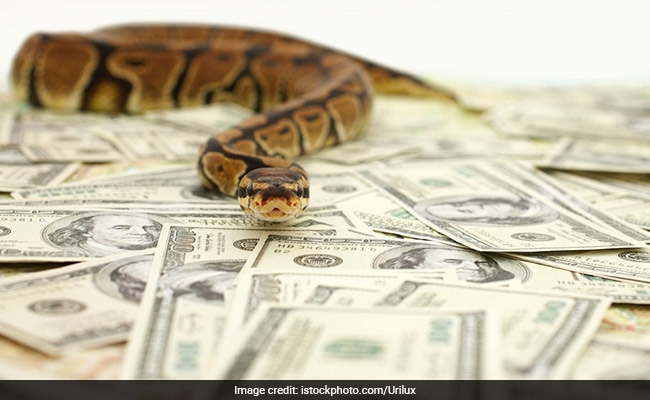 Two recent instances of animals being made scapegoats in an attempt to cover up alleged corruption in Nigeria have left social media highly amused. A sales clerk was suspended from her job in February after she claimed that a snake had swallowed 36 million naira, or approximately $100,000. Just weeks later, a senator was ridiculed for suggesting monkeys stole 70 million naira, or about $194,600, from a farmhouse.

In the first instance, a clerk in the office of the Nigerian examination board which collects exam fees blamed a snake for swallowing $100,000. Quite a mouthful for a snake, isn't it? According to the BBC, the exam board, known as the Joint Admissions and Matriculations Board, dismissed the woman's claim and suspended her after a disciplinary hearing.

In the second instance, a senator defending a colleague accused of misappropriating funds suggested monkeys "carted away" $194,600, from a farmhouse. He didn't specify what the gang did with all that cash.

Parody profiles for both the snake and monkey soon popped up on Twitter.

I am the snake that ate the money from Jamb office

Thanks @Forbes for the honour. But next time let me stand in front of the monkey for the photo shoot.

And netizens couldn't help but laugh at the "monkey business."

Most Influential person in our "Animal Kingdom" rn?

First snake swallowed 36million naira.
Now a monkey swallowed 70 million naira.
I'm going to take zoo form, I want to be a Dragon so I can swallow 1 billion naira..
Since animals are now making it more than humans in this country pic.twitter.com/5cHWym2cdb

The Nigerian Monkey that stole N70m spotted on vacation living life to the fullest.... pic.twitter.com/r61meuTNU8

Oh, I love this country, someday our kids will wake up to news headlines like this;

Promoted
Listen to the latest songs, only on JioSaavn.com
BREAKING NEWS; "EFCC uncovers 30bn in an apartment in Ogba Zoo, Monkey claims money belongs to Snake. Efforts to reach snake have been abortive as Rodents chase Search party out of zoo." — D'Bachelor (@Its_dandiko) February 21, 2018

These few years have seen animals become part of Nigeria. Today it's Monkey. I am so sure that during the elections next year we will hear that elephants took away the ballot boxes.

Nigeria's anti-corruption agency, the Economic and Financial Crimes Commission, tweeted that the eagle - the country's national symbol - "shows no mercy for money-swallowing snakes".

This isn't the first time animals have stolen the spotlight in Nigeria. Last year, Nigeria's President Muhammadu Buhari spent three months working from home after his office was damaged by rats.Click for more trending news