Google CEO Sundar Pichai Needs To Work On His Surfing Skills. See What He Posted

He was tweeting about the dinosaur game that’s built-in into the Chrome web browser, which users play to kill time till their internet connection is restored 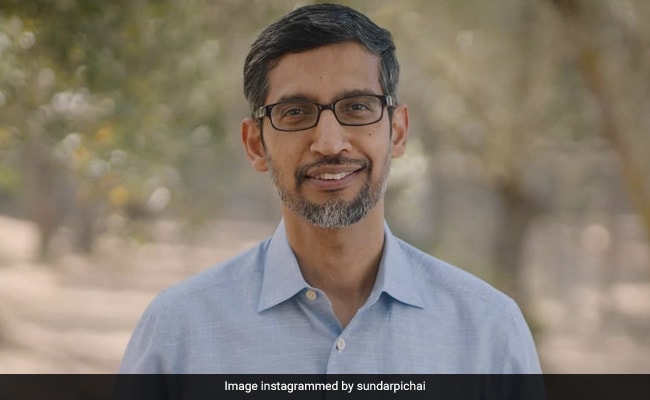 Sundar Pichai seems to have spent time playing the popular dinosaur game on the Chrome browser.

Tweeting an image of the popular dinosaur game which appears on the Chrome homepage when a user is disconnected from the Internet, Google boss Sundar Pichai wrote on Friday that he might need to work on his "surfing skills". The image showed a splash of colour underneath the T-Rex, which has been added to the game as an update in view of the Tokyo Olympics. The game previously featured a monochrome interface. Mr Pichai also used a water wave emoji in the tweet, suggesting the ever-running dinosaur is likely to use a surfing board, denoted by the blue-coloured water, to beat obstacles and bag a high score.

Might need to work on my surfing skills ???? chrome://dino/ pic.twitter.com/OqDn3RHLGg

The dinosaur game is built-in into the Chrome web browser and users can play it to kill time until their internet connection is restored. The game revolves around a pixelated Tyrannosaurus rex, which keeps running endlessly across a landscape. Users need to duck or jump over obstacles on the way to achieve a high score.

With Japan imposing strict restrictions due to the ongoing coronavirus pandemic and people likely to watch the Olympic Games from their homes, Google has released this Olympics-themed minigame to keep users engaged. In the updated version, the T-rex will pick up the Olympic torch and get transformed into one of the avatars playing at the Olympics. It will then be faced with new obstacles, including sea waves.

The basic structure of the game though remains the same.

One user said he had no work at the moment and suggested he would like to take the Google CEO's advice to play the new game.

Another user said he loved the update.

Recalling the days when the internet connection would often snap, a user said this game was his favourite then.

Another user compared his score with Mr Pichai's. He beat the Google CEO.

Some said they liked the game but also needed to improve their surfing skills.

This is fun! I also need to work on my surfing skills.

There are different games and all of them can be accessed by refreshing the webpage.