Melania Trump had announced earlier this month that she would auction off a custom hat she wore in 2018, along with a painting and an NFT 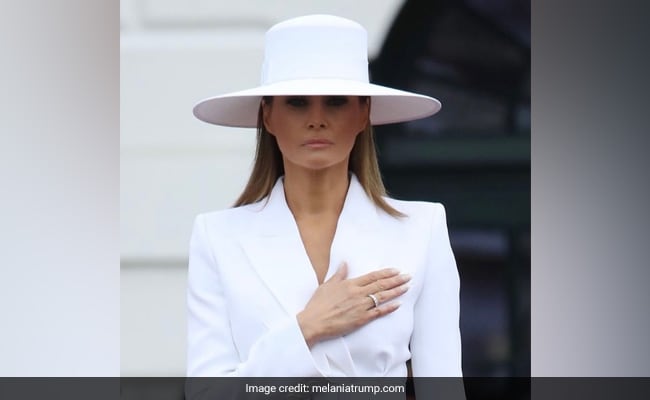 Three items put up for auction by former first lady of the United State Melania Trump failed to reach the target price of a $250,000 opening bid. Melania Trump had announced earlier this month that she would auction off a wide-brimmed hat that she wore to meet French president Emmanuel Macron, along with a watercolour painting of herself wearing the hat and a non-fungible token (NFT) of the painting. However, when the auction ended Wednesday night, there were only five bids on the items, CNN reported.

Each of the bids was around the minimum requirement of 1,800 Solana tokens - the cryptocurrency which Ms Trump chose as the only way to pay for the items.

However, a steep dive in the crypto market since Melania Trump announced the auction meant that while the minimum Solana token requirement was met, the auction still failed to reach its $250,000 threshold.

According to the Daily Mail, Solana was trading at a price of about $170 per token in early January when the auction was announced. However, by the time the auction closed on Wednesday, each token was worth around $95. This meant that the "Head of State Collection" - as the lot was called - sold for about $170,000, which is $80,000 less than the asking price.

The wide-brimmed hat included in the auction was designed by French-American designer Herve Pierre. Ms Trump wore it as she accompanied French first lady Brigitte Macron around Washington in 2018, according to news agency AFP.

Melania Trump had said that a portion of the auction would go towards charity.