"If you just got 'Rasna Ripped' off by your drug peddler, you know where to report," tweeted Meghalaya Police 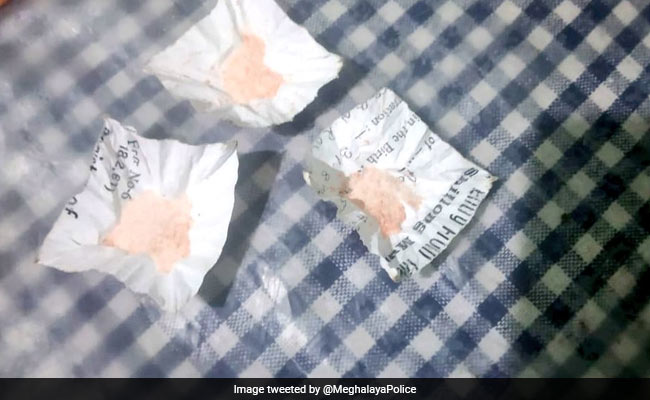 An image tweeted by Meghalaya Police.

Police departments across the country are getting more and more creative with their tweets. A few months ago, Assam Police, in a hilarious post, asked anyone who had lost 590 kilograms of ganja to come forward and claim it. After that, Guwahati Police asked their followers "the most popular place to buy ganja" in the city. Now, Meghalaya Police's witty tweet on drug peddlers has Twitter in splits.

On Thursday, Meghalaya Police tweeted about Shillong drug peddlers selling a powdered fruit drink instead of narcotics and urging anyone who had been ripped off by them to come forward and report it.

"If you just got 'Rasna Ripped' off by your drug peddler, you know where to report. Kudos to ANTF (The Anti Narcotic Task Force) team!" they added.

The hilarious tweet included a picture of three small packets filled with an orange powder.

Shillong market is so dry that peddlers are fooling their clients with Rasna(!?) Powder. ????????

If you just got 'Rasna Ripped' off by your drug peddler, you know where to report.

Their tweet left netizens chuckling. Take a look at some of the reactions:

Not only In Shillong but if any body got in this scam anywhere in India. . Do call the cops For a Rasna Drink together ????????

What do you think of their tweet? Let us know using the comments section.