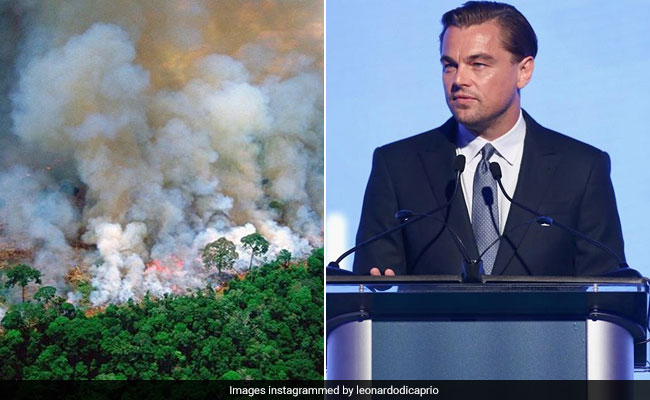 Leonardo DiCaprio shared an old photograph that shows smoke billowing from a forest.

A record number of wildfires are burning huge tracts of the Amazon rainforest in Brazil. The fires have raised concerns about the future of the world's largest tropical forest - often considered to be the 'lungs' of the planet for the carbon dioxide they take in.

Actor Leonardo DiCaprio was among the many celebrities, leaders and concerned netizens who shared posts urging for action against the forest fires. On Thursday, he shared an image on Instagram that shows smoke billowing from a forest and wrote: "Terrifying to think that the Amazon is the largest rain forest on the planet, creating 20% of the earth's oxygen, basically the lungs of the world, has been on fire and burning for the last 16 days running."

#Regram #RG @IamNickRose: Terrifying to think that the Amazon is the largest rain forest on the planet, creating 20% of the earth's oxygen, basically the lungs of the world, has been on fire and burning for the last 16 days running, with literally NO media coverage whatsoever! Why?

The image was also shared by French President Emmanuel Macron, who called the Amazon rainforest fire an "international crisis" and asked members of the G7 Summit to hold a discussion on it.

Our house is burning. Literally. The Amazon rain forest - the lungs which produces 20% of our planet's oxygen - is on fire. It is an international crisis. Members of the G7 Summit, let's discuss this emergency first order in two days! #ActForTheAmazonpic.twitter.com/dogOJj9big

But while their concern was appreciated, many people pointed out that there was one thing wrong with their posts - the image was not actually of the ongoing blaze.

In fact, a simple reverse image search shows that the photograph of the forest fire is a few years old and also appears on stock shot image website Alamy. 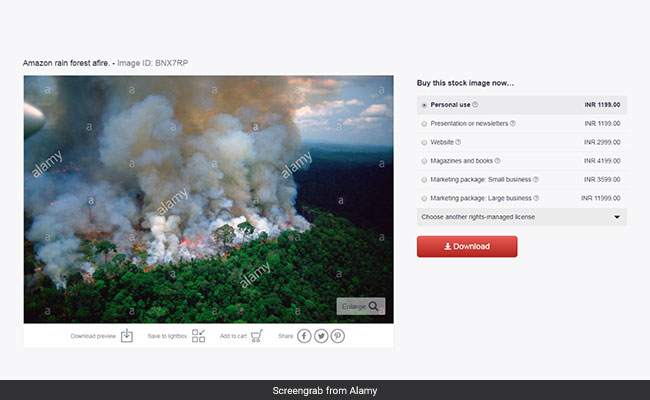 According to CTV News, it was clicked by American photojournalist Loren McIntyre.

On Thursday, the United Nations called for the protection of the burning Amazon rainforest as Brazil's president Jair Bolsonaro blamed NGOs for promoting an "environmental psychosis" to damage the country's interests.