The Kuwaiti journalist has defended her off-the-cuff comment and says the furore over it has left her confused. 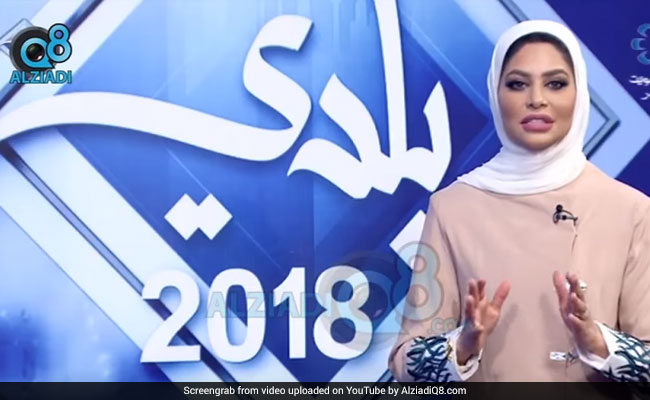 A television news anchor in Kuwait has been suspended after she called a male colleague "handsome" on air. According to media reports, her casual comment was interpreted as "flirtatious" by some and caught the attention of a Kuwaiti Member of Parliament - who complained about it on Twitter. The journalist has defended her remark as "routine" and says the furore over it has left her confused.

According to Al Arabiya English, Basima Al-Shammar was in the middle of a news segment about municipal elections when she turned to get the latest from a reporter on the ground. A video that subsequently went viral shows Nawaf Al-Shiraki adjusting his gutra or traditional headgear as he appears on air. That's when Ms Al-Shammar says in Arabic, "No need to fix your gutra, Nawaf, you look handsome!" The word she uses is "maizyoon," which translates into "cute" or "handsome" in the Kuwaiti dialect. It's an off-the-cuff comment that the reporter appears not to hear or respond to.

Saudi Arabia's Arab News reports Ms Al-Shammar's comment was considered "flirtatious" by some. According to Kuwait's Al-Qabas newspaper, MP Mohammad Al-Hayef tweeted the Gulf country's Ministry of Information, writing that such a "slip of tongue" should not be tolerated on state television. That led to the ministry handing out a temporary suspension to the journalist, pending an investigation into the matter.

Promoted
Listen to the latest songs, only on JioSaavn.com
"What happened is not a joke or something else. It is well known that the customs of communications in the Gulf is that when you see someone adjusting his attire, you tell him: you look good or handsome," Ms Al-Shammar told Al Arabiya.net. "That is what I told him... you don't need to adjust your head garment you look handsome, meaning your attire looks good, and you are in good shape, and we're waiting for you to report the news."

Mr Al-Shiraki said he had not heard Ms Al-Shammar's comment as he was busy fixing his mic and headset before he went on air. He defended his colleague's professionalism to Al Arabiya.net, calling her "modest and kind and one of the best media personalities."Click for more trending news

"I Was Terrified," Says Woman Who Found Snake Slithering Up Toilet