Her return home to the zoo was a top item on a TV news bulletin by Japan's public broadcaster NHK. 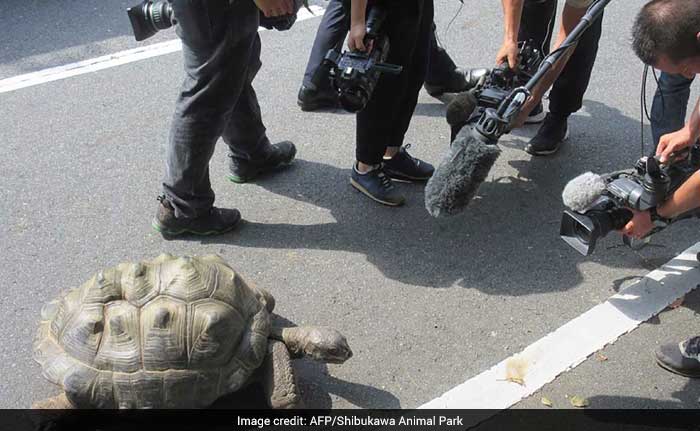 Tokyo, Japan: A giant tortoise that made a break from a Japanese zoo has been found safe and sound two weeks after it escaped - just 140 metres from the park.

The 35-year-old female, named Abuh and measuring around one metre (three feet) in length, steamed out of the Shibukawa Animal Park in Okayama prefecture in early August having been allowed to walk freely around the zoo during opening hours.

Their plan proved a success when a sharp-eyed local bounty hunter spotted the roaming reptile in nearby shrubbery.

"We were so relieved that she came back safely as she is so popular among children," said zoo staffer Yoshimi Yamane, describing Abuh - who weighs 55 kilograms (121 pounds) - as having a "gentle" disposition. 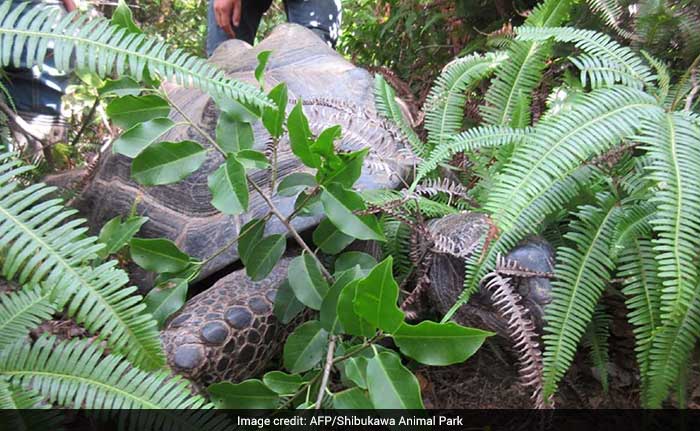 "We will try to take new measures so that this won't happen again," Yamane added, without giving details.

Promoted
Listen to the latest songs, only on JioSaavn.com
The incident was the second time in less than a month that Abuh had disappeared.

Her return home to the zoo was a top item on a TV news bulletin by Japan's public broadcaster NHK.Click for more trending news