"The Nike ad deserves some kind of Oscar," wrote one person on Twitter 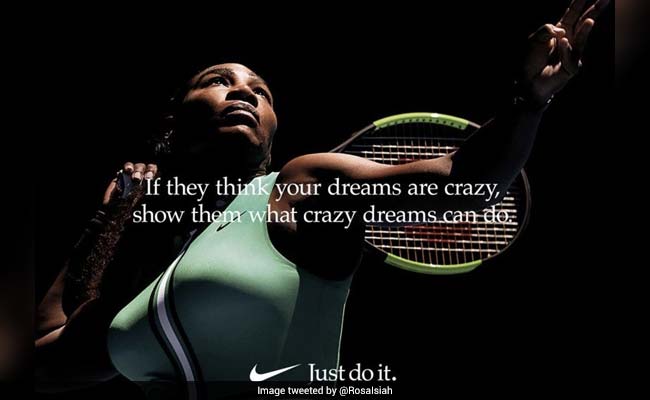 Tennis star Serena Williams came together with Nike to create a powerful advertisement that celebrates 'crazy' women. The "Dream Crazier" ad, which features a number of women athletes who have broken barriers in sports, was released on Sunday night and has since garnered a hugely positive response online. It has also collected millions of views in just a little over 12 hours.

23-time Grand Slam winner Serena Williams, who serves as the ad's narrators, urges women to show the world "what crazy can do."

"If they want to call you crazy, fine. Show them what crazy can do," she says, addressing the double standards that male and female athletes are often subjected to.

Watch the ad below:

If they think your dreams are crazy, show them what crazy dreams can do. #justdoit

According to CBS Sports, the Nike ad was debuted during a break in the Oscars 2019 telecast.

Since being shared online, the ad has collected over 9 million views on Nike's Instagram account, along with another 2 million on Serena Williams'. It has also collected hundreds of thousands of appreciative comments and tweets.

"Seeing this commercial was by far one of my favorite parts of the Oscars," wrote one person on Instagram. "Thank you for seeing the injustice & revealing how women are stopped/prevented to join in sport field. Thank you for helping to lift us up, when others put us down," said another.

On Twitter too, reactions to the ad were largely positive as many appreciated Nike for highlighting women in sports:

The Nike ad deserves some kind of Oscar, too #justsayin

This is beautiful. Well done @serenawilliams

I have chills, so inspiring and amazing. Be crazy!

What did you think of the ad? Let us know using the comments section below.