Instead Of Arresting Shoplifters, Police Officer Pays For Their Groceries

Sensing that the family was in need, Officer Lima decided to buy food for them 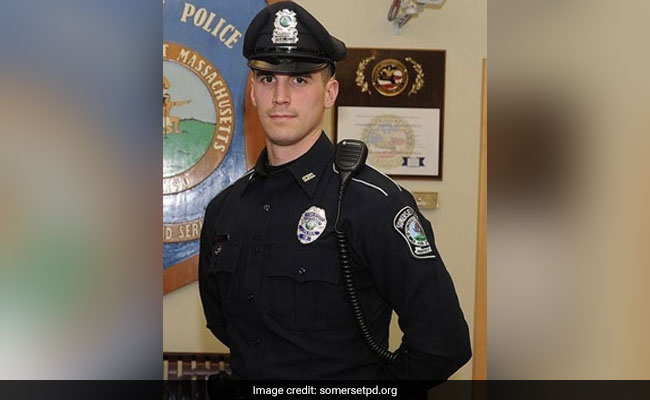 A call about a shoplifting incident has turned into a heartwarming story that is winning hearts online. A US police officer who was called out to arrest a group of shoplifters instead paid for their groceries so they could have a Christmas dinner.

Five days before Christmas, Matt Lima of the Somerset Police Department in Massachusetts was dispatched to look into a shoplifting incident at a local supermarket outlet.

Upon his arrival, Officer Lima spoke to a store employee who told him that he had observed two women with two young children not scanning all their groceries and putting them directly inside their bags at the self-checkout kiosks.

"The allegation was the two females were scanning some items at self-checkout but bypassing other items and bagging those items," explained Officer Lima to WJAR. "Dispatch indicated it was two females and two young small children and they were detained by Loss and Prevention over there."

"I have two girls myself, similar on age to the two girls that were there, so it kind of struck me a little bit," he said.

Speaking to one of the women, the cop discovered that the mother of the children was "not working and had some other family issues going on and that what she had taken was Christmas dinner for the kids."

When he checked their receipt, he also saw that all they had bought was food - no other necessities.

The store issued the two women a "no trespass" order, but the police officer decided not to press charges. Sensing that the family was in need, Officer Lima decided to spend $250 worth of gift cards so they could purchase groceries for their Christmas dinner at another Stop & Shop location, the Somerset Police Department said in a statement.

The police officer's kindness has earned him praise on social media and beyond. "I would like to personally commend Officer Lima for his actions," Chief McNeil said. "His actions exemplify what it means to protect and serve the members of our community. When faced with a difficult situation in which a family was trying to provide a meal for their kids, he made the generous decision to not press charges and instead ensured that they would have a Christmas dinner they could enjoy."