Instagram has since apologised for and rolled back the update 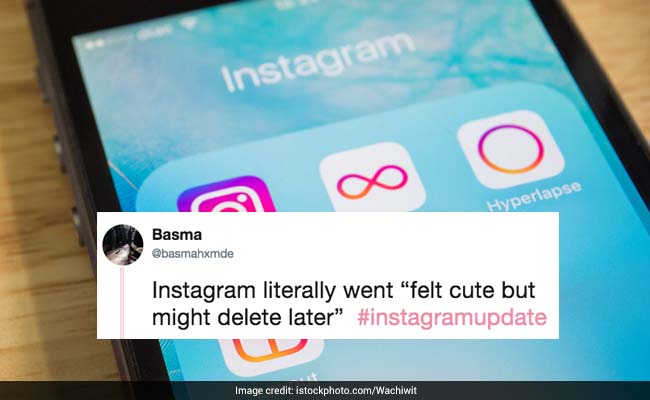 Instagram's update left a lot of users unhappy, and has been rolled back.

Instagram has apologised for an update that changed the app's vertical feed to a horizontal one. A few hours ago, Instagram users across the world were shocked to see the photo-sharing app had rolled out an interface update. The horizontal scrolling update allowed users to browse photographs by swiping left or right, instead the usual and well-loved vertical scrolling style. Safe to say, the update did not find many takers. In fact, most Instagram users took to other social media platforms to talk about how much they hated the updated look.

One Twitter user uploaded a video of the new interface:

Trolled it with hilarious GIFs

How Instagram was trying to show off the new update this morning until we woke up pic.twitter.com/wwdIVEo2nU

Instagram has since apologised for and rolled back the update. Head of Instagram, Adam Mosseri, said the roll-out was an accident and was only meant to be a small test. "If you're still seeing it, simply restart the app," he explained on Twitter.

That was supposed to be a very small test that went broad by accident. Should be fixed now. If you're still seeing it simply restart the app. Happy holidays!

He also shared a picture of the comments on his last post - all of them from Instagram users decidedly unhappy with the update.

"Sorry for the confusion! Always trying new ideas, usually with a much smaller number of people..." he explained in a separate tweet.

This is definitely not the first time an Instagram update has led to users having a meltdown. Last year, the app's album feature update met with a similar reaction.