The text on the video reads, "POV you saw real-life Phoebe Buffay in the centre of Athens." 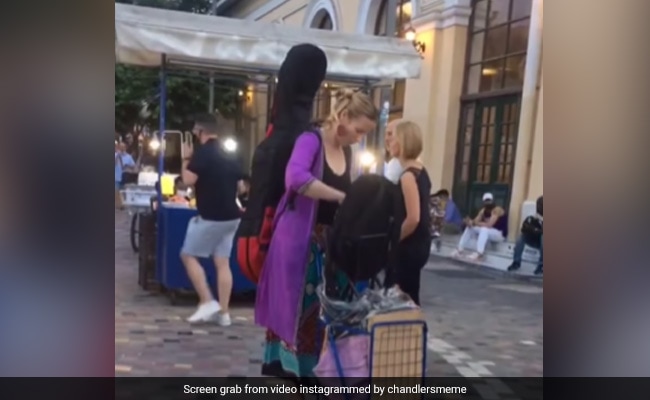 The video has accumulated more than 1 million views

Are you a fan of the American sitcom F.R.I.E.N.D.S.? Even after over 27 years of the release of its first episode, the show continues to be one of the most-watched sitcoms. There are fans of the show across the globe, and now a video of a look-alike of Phoebe Buffay, played by Lisa Kudrow, has surfaced on the internet.

Posted by a page dedicated to Friends Memes on Instagram, and shared a short clip of an unidentified woman dressed as Phoebe's character from F.R.I.E.N.D.S. Dressed in quirky and bright coloured clothes, the text on the video reads, "POV you saw real-life Phoebe Buffay in the centre of Athens." The clip was originally shared by musician Werraki.

The caption reads, "Is she for real?"

The video has accumulated more than 1 million views on Instagram with over 1 lakh likes. A user wrote, "She is Regina Phalange," another user commented, "princess Consuela bananahamankan."

"I literally thought it was her till I paused it. She looks like she would be a really fun friend," the third user wrote.

"My eyes my eyes ...my eyes," the fourth user joked. The fifth commented, "what a resemblance!"

Meanwhile, F.R.I.E.N.D.S: The Reunion was a whirlwind tour of nostalgia which was aired on May 27 this year. It saw Jennifer Aniston, Courteney Cox, Lisa Kudrow, David Schwimmer, Matthew Perry and Matt LeBlanc visiting the recreated sets of the iconic show.

Other actors who joined the main cast on the reunion episode were Maggie Wheeler, who played Chandler's annoying girlfriend Janice; Tom Selleck, who was cast as Monica's love interest Richard and Reese Witherspoon, who played Rachel's spoilt sister.