Indians have been associated with the #trashtag challenge since the early days, when Mumbai lawyer Afroz Shah used the hashtag to encourage citizen participation in cleaning up Versova Beach 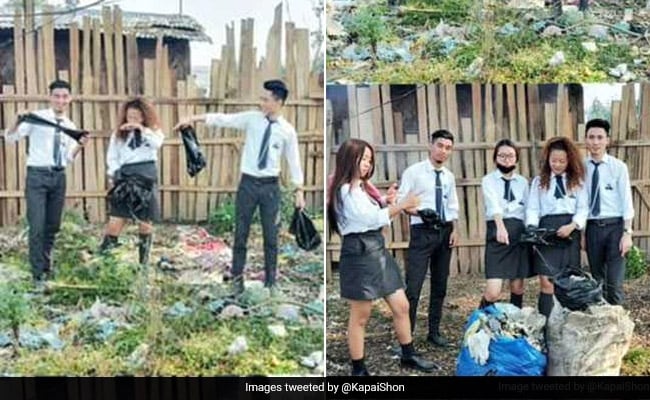 The 'trashtag' challenge is going viral on social media.

The #Trashtag challenge is neither silly nor dangerous, and yet it has found traction among netizens around the world. What's more, the challenge, aimed at bored teens, is being hailed as a 'worthwhile challenge' after gaining thousands of 'shares' and 'likes' on social media. The trashtag challenge encourages participants to clean up their surroundings and post before-and-after pics.

Those clued in on the #trashtag challenge say that the globally trending hashtag has been around since 2015, started by outdoor gear company UCO. Indians have been associated with it since the early days. Afroz Shah, a Mumbai-based lawyer, used the hashtag to encourage citizen's participation in the cleaning up the dirty Versova Beach and was bestowed the Champion of the Earth award by the United Nations.

It took 3 years to clean the Versova Beach in Mumbai. All this happened due to exemplary efforts of one man(Afroz Shah) and his team. #trashtag ! from r/pics

In its present avatar, the hashtag went viral on the internet when Bryon Roman, about a week ago, posted about it on his Facebook page. He wrote: "Here is a new #challenge for you bored teens. Take a photo of an area that needs some cleaning or maintenance, then take a photo after you have done something about, and post it. Here are the people doing it #BasuraChallenge #trashtag Challenge, join the cause. #BasuraChallengeAZ."

The challenge requires the participant to clean up a public space, post pictures of before and after on the social media and nominate others.

Given that initiatives like the Swachh Bharat Mission have led to public discourse on cleanliness, Indians have taken to the #trashtag challenge in a big way. Here are a few examples of what the Indians on social media have to say:

#trashtag#Trashtagchallenge
In the beautiful city of Nainital (Uttarakhand) , India pic.twitter.com/pkZPpMNLtH

If #India#teens start doing this for #cleanearthchallenge#trashtag !! I bet it will be clean in a day!!! I am very #positive about it!!! #letsdothis#LetsStartRight#challenge#IndiaUnites#youngindiarising#WorldsBest#Saveplanetearth#biodiversityhttps://t.co/pIvcoBZopF

You can read more about the #trashtag challenge here.