'HornVrat': A Campaign To Curb Incessant Honking In Mumbai

Mumbai honks a whopping 18 million times in one hour 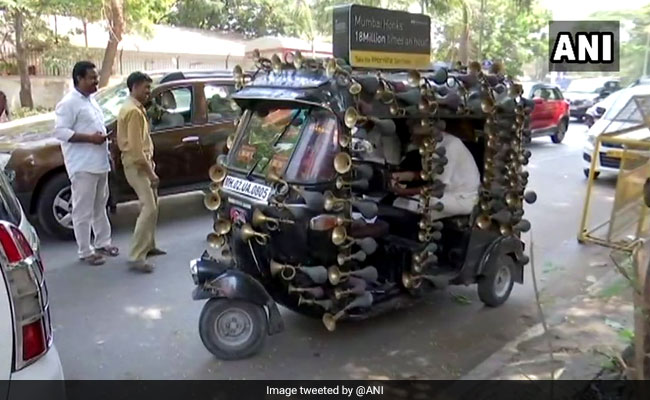 HornVrat is a campaign to reduce honking in Mumbai.

According to startling statistics by an NGO, Mumbai honks a whopping 18 million times in one hour, and that a Mumbai driver honks roughly 48 times a day. In a bid to curb the incessant honking, NGO Awaaz Foundation has partnered with Maharashtra's transport department, Rickshawmen's Union and the Mumbai Police for a unique initiative, reports ANI. As part of the campaign, named HornVrat, an autorickshaw decorated with blow horns will roam on the streets of Mumbai, urging people to refrain from honking.

As per ANI, a member of the Rickshawmen's Union said that noise pollution by honking builds up stress and anger, adding that being exposed to it also impacts health severely.

The HornVrat campaign - which literally translates to 'a fast from honking' - began on January 27, 2018, at the Gateway of India.

The three-wheeler is now travelling around Mumbai to create awareness.


Promoted
Listen to the latest songs, only on JioSaavn.com
What do you think of the initiative? Let us know using the comments section below.