Hey, Gautam Gambhir. Yuvraj Singh Has Something To Say About Your Smile 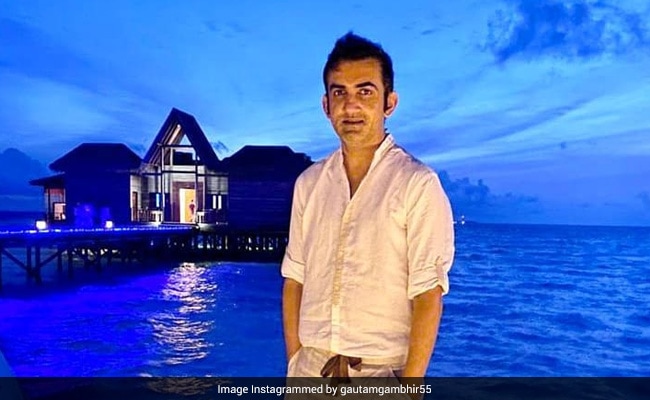 Former India cricketer Gautam Gambhir is known for his no-nonsense attitude on and off the field. Therefore, it comes as no surprise that this aspect of his personality also reflects in his pictures. The Member of Parliament's latest photo on Instagram is proof of this and his stoic expression was not lost on his former colleague, Yuvraj Singh. The all-rounder had a rather funny comment to share under his friend's photo and it involves Mr Gambhir's smile. Mr Singh wrote in the comments section, “GG, photo mai toh smile karde (Gautam Gambhir, at least smile in the photos)”.In the image, Mr Gambhir is seen standing by the sea in a pair of white linen pants and a shirt. In the caption, he wrote, “No one can be you. That's what makes you special.”

Several fans of the sportsman were impressed with the photo and flooded the comment section with positive responses.

Reacting to the image, one user by the name Shaifali Singh wrote, “What a cool picture, Gautam.” Another user by the name, Madhumita seemed to agree with Mr Gambhir's comment and said, “You are very special, sir.”

However, it was Yuvraj Singh's comment that seemed to have caught everyone's attention as it received nearly 400 likes in less than one hour.

Mr Gambhir's Instagram timeline is a treasure trove for fans of cricket as he often shares images of himself and his former team members in action, on the field. Consider, for instance, this funny image of Mr Gambhir was captured when he was trying to take a rather difficult catch. Sharing the snap, he wrote, “Couldn't take the catch but cameras caught the best expression.” The candid image received a response from several of his teammates and cricket players. While cricketers Munaf Patel and Suryakumar Yadav left laughing emojis, Harbhajan Singh said, “Show me the bowler's reaction.”

Here are some of the other images that you do not want to miss.

Tell us what you think of Gautam Gambhir's Instagram game.