He Paid $9,100 To Buy House Online. It Turned Out To Be Strip Of Grass

He can't claim a refund on his purchase either, as state laws do not allow it 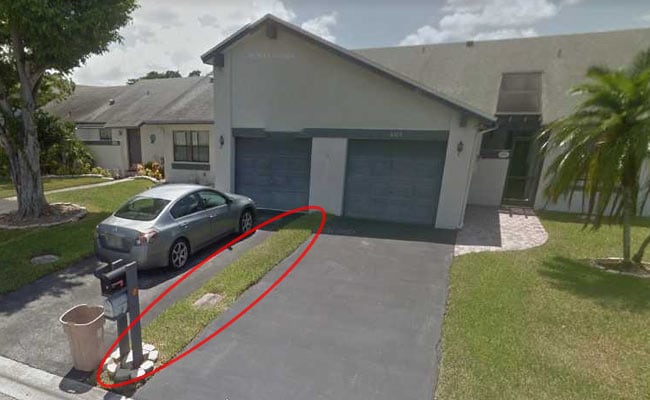 Kerville Holness thought he had purchased a villa - instead he got a strip of lawn. (Google Maps)

A Florida man thought he had landed a steal deal after paying $9,100 (approximately Rs 6.3 lakh) for a villa in Tamarac, only to be told that he had only bought the strip of grass in front of the villa. According to the South Florida Sun-Sentinel, Kerville Holness purchased what he thought was a villa during a Broward online auction. Instead, he got a 1-foot-wide, 100-foot-long strip of land on Northwest 100th Way in Spring Lake- valued at $50 or approximately Rs 3,500.

To add to his woes, Florida officials now say he is stuck with the deal, as state laws do not allow the refund he is seeking.

The strip of land that Mr Holness owns starts from the curb where two mailboxes have been installed and goes under the wall separating the garages of two adjoining Spring Lake villas. It extends into the backyard of these homes.

Speaking to the South Florida Sun-Sentinel, Mr Holness said that property appraiser pictures linked to the auction site showed the villa as being the parcel he was bidding on.

"It's deception," he said. "There was no demarcation to show you it's just a line going through [the villa duplex], even though they have the tools to show that."

However, the appraiser's site and information on the county's tax site, according to Daily Mail, also show the negligible value of the property, saying that the land takes up only 100 square feet and that the property is one-foot wide.

The county also put a warning on the online auction site on Thursday telling investors to "do your research".

The bottom line? Read the fine print before buying anything on the Internet.