"He Hired A Hitman To Kill Me": A Human Trafficking Survivor's Viral Post

"I was in debt bondage; my trafficker had me in his clutches," says Harold D'Souza. 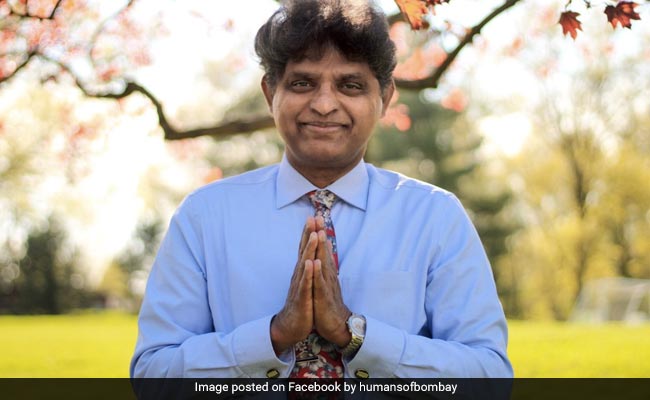 Harold D'Souza became a victim of human trafficking in 2003.

It has been over 16 year since Harold D'Souza arrived in the United States. In 2003, he was the regional manager of a tech company in Baroda and wanted to build a better life for himself and his family in the land of opportunities. Instead, Mr D'Souza ended up becoming a victim of human trafficking - duped by his employer and forced to work long hours in a restaurant with his wife, Dancy.
He has now opened up about his long journey - from working day and night, living in a one-room apartment, getting cheated out of his savings, surviving a murder attempt and finally gaining freedom - in a six-part interview with 'Humans of Bombay'.

"His opening line was, 'How would you like to become a millionaire?'-I was hooked." Mr D'Souza was ready to chase the 'American Dream' at the age of 37. He says he had no idea of the "hell" that awaited him.

Once he and his family - wife and two sons - were in the US, Mr D'Souza's employer put them up in a one-room apartment and convinced them to start working at a restaurant. "He even asked me to hand over any cash and documents for safekeeping. I looked at him as an older brother and naively agreed," says Mr D'Souza.

Slowly, he got rid of other staff and forced Mr D'Souza and his wife to pick up the slack. "It was just us and a Punjabi chef, Bhinda Paaji. Every night, we'd get home at 2 am, exhausted," says Mr D'Souza, adding that his wife was traumatized and would cry every day.

A few months later, Mr D'Souza's employer forced him to go to the bank and sign some papers. Mr D'Souza claims that before he knew what was happening, he was holding a five figure cheque with his name on it.

"He took me to his home, poured a drink and said, 'Cheers! You're a rich man!' Even before I took a sip, he produced a chit and said, 'You owe me $40,000!' I was shocked. He then patted me and said, 'Actually Harold, you owe me a lot more than that'- I was in debt bondage; my trafficker had me in his clutches."

The next day, Harold D'Souza received a notification saying that his employer had emptied his account of all his savings. For the next 18 months, he and his wife were also forced to work without wages - but the exploitation did not end there.

"He used psychological tactics like calling us 'Illegals', abusing me verbally and sexually assaulting my wife. He even abused our kids in front of us. I was afraid of the lengths he'd go to if we ever said no," says Mr D'Souza.

After suffering for almost two years, Mr D'Souza's wife confronted their trafficker and demanded that he pay them back. "But he said, 'You're 'illegal' here! You can't even work on your VISA."

He also threatened to have them jailed, handcuffed and deported. "In that moment, my world came crashing down. He had been a Godly figure in my life, but I finally saw through his facade."

After a few hours, the employer's lawyer contacted the D'Souza family, who then decided to get in touch with the Department of Labour. They made frantic calls until they managed to reach an agent, who promised they would get to the bottom of it.

"Finally, the investigation began and my employer got a notice," says Mr D'Souza.

"We moved out and I began working at another restaurant. But my trafficker wasn't done- he hired a hitman to kill me. In the movies, gunshots are glorified. But as I lay on that hospital bed, writhing in pain, all I could think of was how I wanted to live."

After he recovered from the attack, Mr D'Souza's employer used other ploys to bully him. He began to receive death threats, and even told his wife that he feared he would not be around much longer.

However, when his younger son overheard him and asked what would happen if he wasn't around, Mr D'Souza resolved to fight back.

"Once the case was filed, there wasn't much to do- all we could do was wait. Those 6 months were gruelling," he says. Though he won both cases, his trafficker slapped a civil case on him.

Mr D'Souza still held his ground and fought the case himself. "Finally, he filed bankruptcy, and the case was closed. But we could at last start over."

The couple worked odd jobs to make ends meet. In 2011, they managed to save enough to buy their own house, and invited everyone who had helped them along the way for a meal. "Brick by brick, we rebuilt our life. But at the back of my mind, all I could think about was that my trafficker wasn't prosecuted," says Mr D'Souza.

"I started sharing my story and travelled far and wide to raise awareness about trafficking. Finally, my voice was heard when I got the call; the call from the White House.

"President Obama was starting an Advisory Council on Human Trafficking and wanted survivors on board. I was the only Indian American appointed to the council," says Mr D'Souza.

In 2016, the man from Baroda, who once worked 12 hour shifts, got to meet then-US President Barack Obama. "I thought it was my proudest moment, until Michelle Obama said to me, 'I need to send my kids to your house. Your kids are so well brought up.' I couldn't hold back the tears."

Mr D'Souza and his wife today work to help other victims of human trafficking. "From Baroda to meeting President Obama, from that one room hell to owning our own home, from being trafficked to becoming the voice of the trafficked- you tell me, what do you think of my story?" he says in conclusion.

The six-part interview has gone viral on social media. On Facebook, it has collected thousands of 'likes' and comments from people impressed by Mr D'Souza's tale of determination.

"You are my hero now! When life throws you a lemon you know how to make lemonade!" wrote one person in the comments section.

"This story brought tears to my eyes. It very clearly shows us that no matter the odds, we can rise from the deepest trenches," said another