This Dog Breaks World Record for Being Fastest on 2 Paws 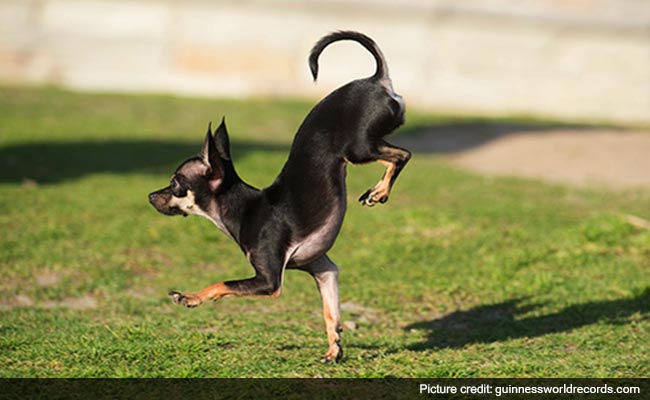 File Photo: Konjo, a half-papillon, now holds the Guiness Record for the fastest dog on two-paws

Los Angeles: A tiny dog in the US has become the world's fastest dog on two front paws after completing a five-metre run in just 2.39 seconds, Guinness World Records has said.

Konjo, the half Papillon, quarter Jack Russell, quarter Chihuahua from Tustin, California, claimed the title of fastest five-metres on front paws by a dog with a time of 2.39 seconds, smashing the previous record of 7.76 seconds set by a Pomeranian named Jiff, also from California.

"Baby Konjo, as she is so lovingly called, is a very special 2 lb (907 grammes) papillon/chihuahua mix who walks on her front paws on a daily basis at a speed that already does surpass the existing title holder," said Ms Pasternack.

"She started walking on front feet when she was a puppy and does it 100 per cent naturally. My theory as to why she started doing this is that her centre of mass resides primarily in the front, allowing her better balance.

"She grew up in a two storey home. Because she is so tiny, the height of the staircase step now becomes comparable to her overall length, allowing her to go down at a steeper angle and thus become used to putting total body weight on her front feet," she said.