'It Was Still Around?': Jokes On Twitter After News That Google+ Will Be Shut Down 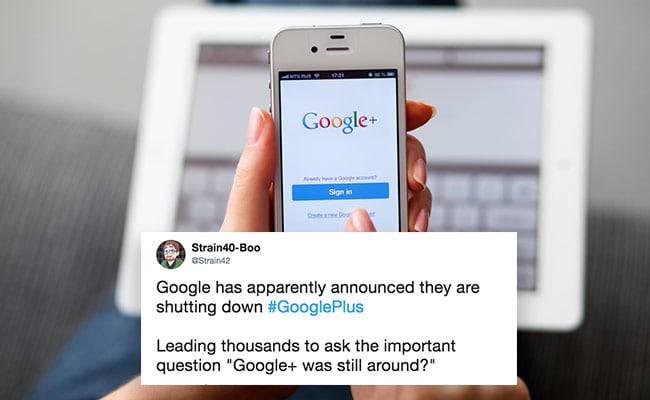 We compiled some of the funniest reactions to Google+ shutting down.

Google said on Monday it is shutting down its social media service, Google+. It revealed that up to 500,000 Google+ user accounts were potentially affected by a bug that may have exposed their data to external developers. As the hashtag Google Plus remained the top trend on Twitter this morning, jokes and witty one-liners about the failed social media network flooded the micro-blogging website. Many users were surprised that Google+ was still around, while others expressed their lack of anguish at its shutting down with hilarious memes.

We compiled some of the funniest reactions to Google+ shutting down.

Google has apparently announced they are shutting down #GooglePlus

Leading thousands to ask the important question "Google+ was still around?"

(Yep, it was still around until today...)#socialmediapic.twitter.com/8OgyvIP2Pe

So @GooglePlus is dead now? #RIP#GooglePluspic.twitter.com/N1tOCEfDqW

Google kept quiet for more than six months its discovery of a bug that put at risk the personal data of hundreds of thousands of Google+ users. The revelation is expected to spark a new round of regulatory and political scrutiny.

If you're wondering whether you still have a Google+ account - and if so, how to delete it - here's what you need to do.