Gone With The Wind: Insane Video Shows Man Flying Away With Umbrella 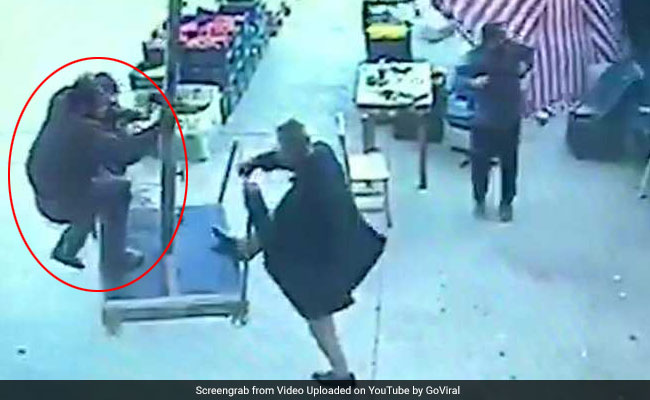 Sadik Kocadalli was lifted off the ground due to high winds in Turkey.

Footage that is currently going massively viral on social media shows a man flying away with an umbrella because of strong winds. Captured in Turkey's Osmaniye province, the surveillance footage shows a man identified as Sadik Kocadalli trying to secure the umbrella amidst heavy gusts of wind.

In the video, Mr Kocadalli steps on the base of the umbrella to keep it from flying away. However, in the split second that follows, as shocked bystanders watch, he is lifted off the ground.

Watch the incredible footage below:

Online, the footage has been shared widely and has collected millions of views. Amazed reactions to it have been compiled into a Twitter Moment.

According to Daily Sabah, Mr Kocadalli spoke to reporters after the incident and said he did not sustain any injuries.

"I'm fine actually. After I realized the umbrella was going to keep going up, I jumped off. I think I rose 3 or 4 metres," he said.

However, another man was injured in the incident when the flying umbrella landed on him.