Giant Iceberg Greets Coastal Town In Canada. The Photos Are Must See 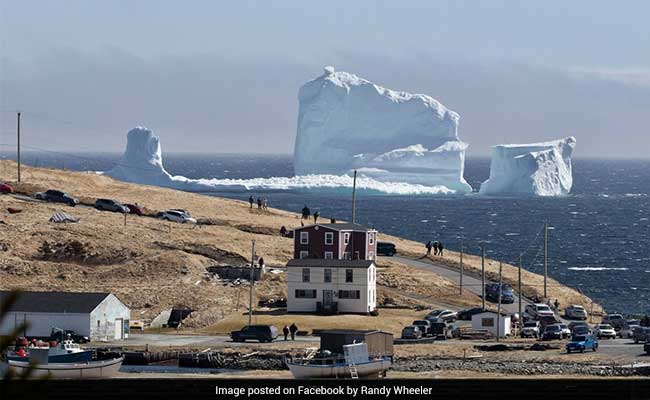 Tourists have been flocking to Ferryland to see the giant iceberg

New Delhi: On most days, Ferryland isn't really on tourists' must-visit list in Canada. But due to an unusual sighting, the small coastal town of population barely 500 is seeing a sudden flurry of tourists. A giant iceberg has parked itself off the coast of the fishing town in Newfoundland and Labrador and it is a sight to behold.

The area off the coast of Newfoundland and Labrador is known as "iceberg alley" because of the large number of Arctic icebergs that make their way to the shore in spring. But the mayor of Ferryland Adrian Kavanagh told CTV News that "it's the biggest one" he has seen around the town. According to CNN, the iceberg has been classified as 'large' which means a height between 151-200 feet.

The Ferryland iceberg on a foggy day. Beautiful up close and in person! #ferryland#iceberg#newfoundland#landscapepic.twitter.com/bDBksaOlh0

According to CBC News, the town is seeing bumper to bumper traffic as people are heading to the town to have a closer look at the colossal iceberg that is photobombing the town. Here is a video to give you an idea of the people lining up to see the iceberg.


According to CTV News, 616 icebergs have been spotted in the North Atlantic shipping lanes this year which is unusually higher than last year. Experts say the reason for the unusual movement could be because of an uncommon strong counter-clockwise winds.