The Group A game between Uruguay vs Saudi Arabia that took place on June 20 ended in Uruguay's favour with a 1-0 win for the South American nation. 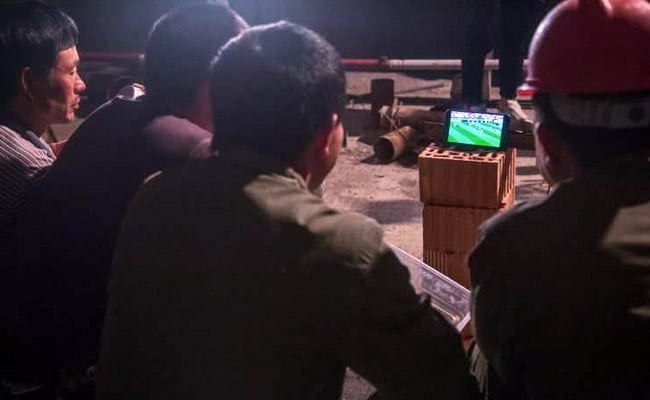 A group of people watching the World Cup in China (AFP)

The 2018 World Cup currently underway in Russia has been an exciting one. There have been some humiliating upsets and memorable victories making it an extremely stressful experience for the passionate fans. While most injuries during the World Cup often occur on the field, there are some exceptions - like a fan in China whose emotions got the better of him.

While watching the Uruguay vs Saudi Arabia on June 20, the fan was so overcome with excitement that he ended up banging his hand on a table. Like every action has its reaction, this one resulted in the football fan suffering a fracture.

According to China's CGTN, the incident came to light when the young fan went to see a doctor. The man experienced bruises and puffiness on the back of his right hand, an orthopedic specialist was quoted as saying. The incident was reported from east China's Tongxiang city.

The Group A game between Uruguay vs Saudi Arabia ended in Uruguay's favour with a 1-0 win for the South American nation. Striker Luis Suarez scored the winning goal for Uruguay. It's not clear which team the Chinese fan was rooting for - though it is clear he's a passionate fan of the beautiful game.

In a similar incident, the sister of Brazil's star player Neymar ended up dislocating her shoulder while celebrating her brother's goal against Costa Rica. Rafaella Santos even posted an image of her arm in an sling on her Instagram profile. "As you know I celebrated the last victory so much that even I injured myself," she wrote on Instagram.