"I am illiterate, and I live on daily wage, but my daughters' education is very valuable to me," says Mia Khan. 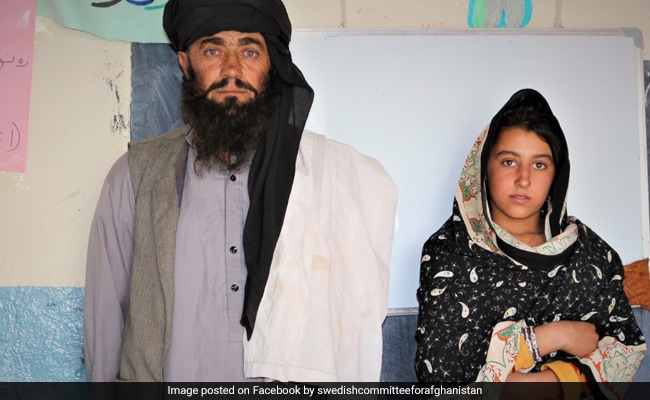 Mia Khan with one of his daughters.

Mia Khan, a resident of Sharana in Afghanistan, has won social media's respect with his daily routine, which involves travelling 12 kilometers to take his daughters to school every day. According to the Swedish Committee for Afghanistan, an NGO that works in the region, Mr Khan travels 12 kilometers on a motorbike daily to get his daughters to school, and then waits outside for a few hours until they are dismissed. This, they write, has now become a routine for him.

Mia Khan brings his three daughters every day to the Nooraniya school, which is run by the Swedish Committee for Afghanistan. He explains that his daughter's education is important to him because there are no female doctors in their area.

"I am illiterate, and I live on daily wage, but my daughters' education is very valuable to me because there is no female doctor in our area," he says. "It is my greatest desire to educate my daughters like my sons".

A Facebook post about Mr Khan and his daughters has gone viral on social media, collecting thousands of 'likes' and appreciative comments.

"Proud of such fathers... He is a hero," wrote one person on Facebook. "Much respect!" said another.

This Pushtun father is a real hero ! Mia Khan takes his daughter 12km on his motorcycle to school daily and waits 4 hours till his daughter's class ends. He's uneducated himself and wants his daughter to be a doctor as there is none in their Village!
There is a hope ! @Malalapic.twitter.com/vPHzPvAipq

Rozi, one of Mr Khan's three daughters, says that she is happy that she is able to study. "I am in grade six this year," she tells the Swedish Committee for Afghanistan. "My dad or brother brings us on a motorcycle every day to the school and when we leave, he brings us home again."

Impatient Dog Honks To Get Human's Attention In Hilarious Video