Driver Throws Out Cigarette Butt, Sets His Own Truck On Fire

Luckily, nobody was injured in the truck fire 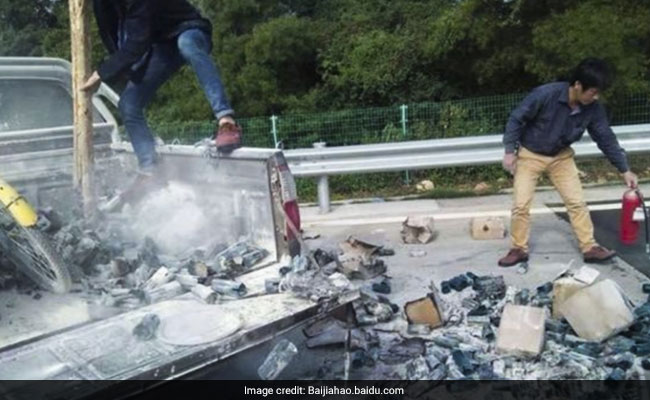 How a cigarette butt, tossed out carelessly, lit a truck on fire.

According to South China Morning Post, the driver's thoughtless act led to the back of his truck catching fire as it came off a motorway in Zhangzhou, Fujian province. Fortunately, several bystanders rushed to the spot with fire extinguishers and managed to put out the fire. Pictures shared on social media show the charred remains of the back of the truck.

The driver, identified only by his surname Wu, admitted that he was smoking a cigarette and threw it out, adding that the wind probably blew it to the back of the truck.

Investigators accepted this theory and ruled out self-ignition or arson because the rest of the truck was intact. Self-ignition usually occurs in the front and the middle parts of a vehicle, rather than the back.

Some plastic cages and two bicycles were damaged in the fire, but luckily, nobody was injured.