Couple Defies Hurricane Maria To Save Their Pets - 7 Dogs, 8 Cats

As Hurricane Maria reduced their picturesque neighborhood in Puerto Rico to a desolate mud pit, this couple decided to remain with their eight dogs and seven cats after failing to find a refuge for their beloved pets. 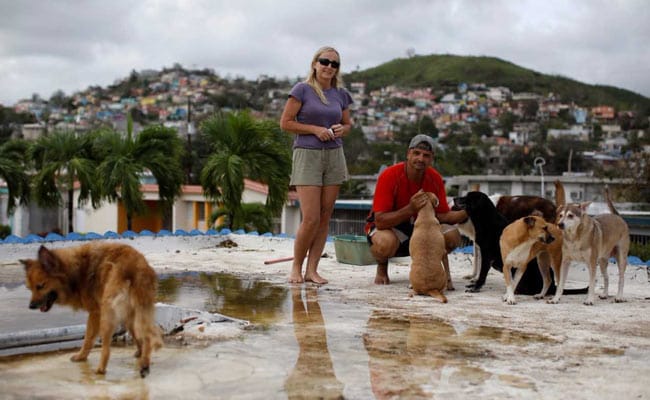 Yauco, Puerto Rico: Hurricane Maria battered this quiet Puerto Rican outpost and covered it with mud, but it couldn't separate Sandra Harasimowicz from her beloved pets.

She and her husband Gary Rosario said they clung to the side of a house for hours last week to save their seven dogs from a hurricane that reduced their picturesque neighborhood in Puerto Rico to a desolate mud pit.

Harasimowicz, 43, a native of Poland said the couple were trapped neck-deep in water after Hurricane Maria tore into their home in the southwestern town of Yauco last Wednesday, sending them and their dogs scrambling onto a neighbor's roof to escape.

The storm, which has killed at least 10 people across the U.S. territory, turned the couple's street into bed of debris-strewn silt after a nearby river burst its banks. The surging flow entered their house "like it was the end of the world," Harasimowicz told Reuters on Monday. 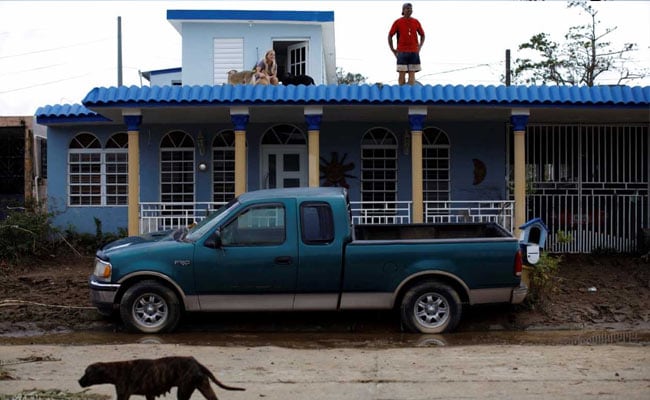 Trying to keep the animals close in the hurricane while holding tight to solar panels on the neighbor's roof, Harasimowicz said she watched aghast as one of the dogs jumped four times into the raging torrent that had swamped the street.

Each time Rosario, who is Puerto Rican and a national guardsman, leapt in after the errant dog to haul it back to safety.

"I thought I was going to lose him; he just did it because he's such an animal lover," said Harasimowicz, whose family lives in the city of Poznan in western Poland. "I said: 'That's it, I'm losing the animals and I'm losing my husband.'" 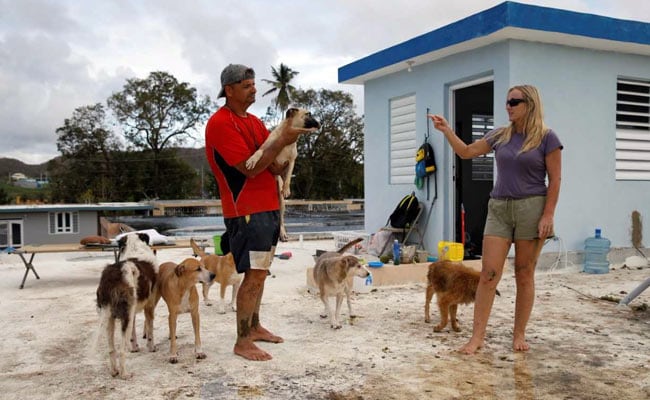 The mother of two explained how the couple had earlier stashed their eight cats on top of the kitchen cupboards to ride out the storm when the floodwaters started rising to their chins.

The couple had already sent their children, aged 6 and 12, to stay with a friend nearby before Maria struck.

But after failing to find a refuge for the cats and dogs, Harasimowicz said they felt they should remain there with the animals, in part because they did not believe the storm would be so severe.

Maria knocked out power and telecommunications across the island of 3.4 million, unleashing chaos and disorder that residents believe will take months from which to recover.

Residents of the Yauco estate known as Urbanizacion Luchetti returned to find furniture, refrigerators and washing machines had moved around their homes in the mud bath. Floors were caked in a musty-smelling brown sludge. Furnishings were ruined.

"Everyone says they want to leave here," said neighbor Jose Velazquez, 57, reviewing the mess Maria had made of his home. At the end of the street, the rotting body of a pit bull lay on its side by a house railing, maggots teeming at its neck.

Harasimowicz and Rosario returned home Wednesday night when the flooding began to recede, spending the night on top of a bunk bed with their pets. But they were horrified as the waters began rising again.

Believing they had no choice in order to survive, the couple broke into a neighbor's house with a hammer so they could occupy its rooftop annex with their pets. By then, they had acquired another dog that had wandered up seeking shelter from the storm.

"It was either break in or die," said Rosario, a jovial 49-year-old who on Monday was taking stock of his ruined home and the family's gaggle of pets, all of which survived.

The couple have bathed and washed their clothes in rainwater collecting on the roof, and are now planning their next move.

Promoted
Listen to the latest songs, only on JioSaavn.com
After 12 years in Puerto Rico - seven of them in Yauco - Harasimowicz said she has had enough.
"Never again," she said. "This is over for me."
© Thomson Reuters 2017