Those who have doubts that makeup doesn't qualify as art should definitely give this video a watch. 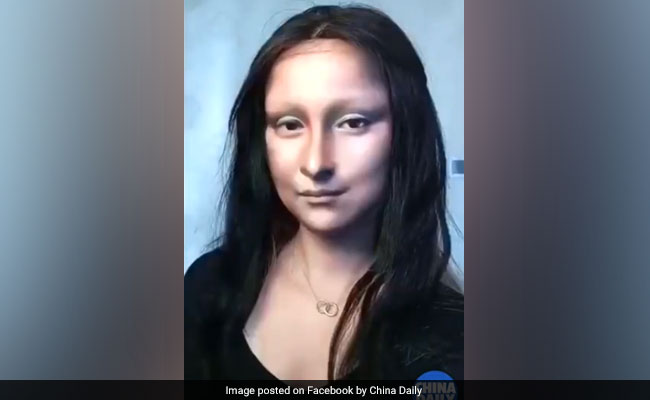 It took the blogger six hours to create the detailed look

Leonardo da Vinci's Mona Lisa is perhaps one of his most celebrated works. The Italian renaissance painting has been recreated over centuries by several artists as a homage to the respected Italian painter. You know, imitation is flattery. In another stunning tribute to the much-revered artwork, a makeup blogger's Mona Lisa makeover has exploded on Chinese social media.

Using only makeup, 27-year-old He Yuya transformed herself as Vinci's masterpiece and uploaded it on Chinese video app MiaoPai. The video shows the blogger creating almost identical facial features and shadows with her makeup tools. It took the blogger nearly six hours to complete the look, Daily China reported.

But that's not all, the blogger from China's Chongqing also recreated a life-like version of Lady with an ermine, also by Leonardo da Vinci. Except, instead of the ermine, she holds her pet cat. Those who have doubts that makeup doesn't qualify as art should definitely give this video a watch.

The transformation happened after Ms Yuya's social media followers, as a joke, challenged her to create a life-like Mona Lisa, reported Daily Mail. The former makeup artist's video collected over 800,000 views on the MiaoPai and over 20 million on Dou Yin.

Promoted
Listen to the latest songs, only on JioSaavn.com
"I appreciate all the support I've received and I'm so happy that viewers like the transformation," she told the newspaper.