The video originally shared on YouTube has gone viral on social media platforms. 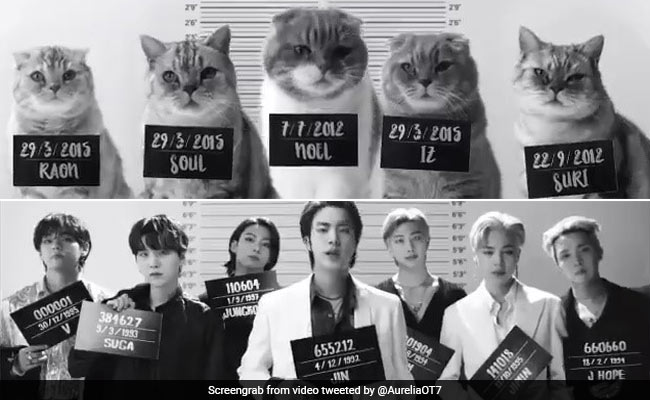 BTS's hit song 'Butter' got a cat version and the Internet thinks it's 'purrfect'.

The Korean pop band Bangtan Sonyeondan, popularly known as BTS, needs no introduction. With an enviable fan base that spans geographical boundaries and generations, the artists are known for their impeccable singing and dancing talents. Therefore, it came as no surprise that their latest single Butter has been on the top spot of the Billboard Hot 100 charts for the second week in a row. While the love and records were expected in abundance, it is a video, which can best be described as an endearing tribute-spoof of the hit song, that has been taking the internet by storm.

So, what makes it special? Well, for starters, it involves kittens. The clip that was originally shared by a user named SuriNoel on YouTube is a frame-by-frame recreation of the original video, with the singers replaced by cats. The official video of Butter features all the members of BTS — RM, Jin, Suga, J-Hope, Jimin, V, and Jungkook.

While the original video consists of all the seven members of BTS, the feline version only features five cats. The difference in numerics did not deter fans from lapping up the video. On YouTube, the cat version has recorded 4,98,715 views since it was uploaded on June 3.

The attention to detail in the footage has left viewers impressed. The spoof even features one scene of a cat touching its paw, like Jungkook kissing his hand in the original video. Also, remember the bit where V is enjoying a lollipop? Well, a cat recreates that bit too.

The video was later shared on Twitter, and it went viral in no time.

Sharing a part of the original footage, the user wrote, “Omg! this cat cover of butter is so cute...” and provided due credit to the original YouTube video. On Twitter, it has garnered 5,28,500 'views' and 31,600 'likes' since it was uploaded on June 5.

Reacting to it, one user said, “The mug shots I'm dying,” while many others shared the tweet with the note, “cute”.

“This is amazing,” declared members of the ‘Army', the name that BTS' fandom uses to describe itself across the world.

THIS IS AMAZING I LOVE IT SO MUCH https://t.co/UWJwyRhkdF

Butter crossed 113 million views on YouTube in the first 24 hours of its release on May 21. It beat BTS's record of 98.3 million public views for their first English single Dynamite, which fetched the band their maiden Grammy nomination.