Brazilian Beauty Pageant Ends With a Catfight for the Crown 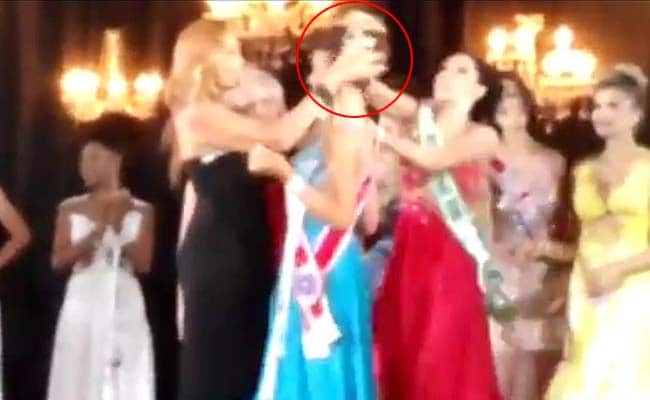 The Internet cannot get over Sheislane Hayalla, who finished in second place, and it has nothing to do with the way she looks. Ms Hayalla refused to accept her loss. She put up a good fight for the crown (quite literally) and tried to snatch the crown from the winner Carol Toledo.

At the crowning ceremony, they stood hand-in-hand waiting for the big announcement. They even hugged after Ms Toledo was declared the winner. Infact, Ms Hayalla stood right next to the new Miss Amazonas, clapping enthusiastically. It looked like she was graceful in defeat. But after seeing the victor being crowned, she turned bitter. Everything changed in just five seconds.

She yanked the crown off Ms Hayalla's head and left the stage screaming. Horrified fellow contestants froze, while organisers rushed to the stage to take control of the situation. The entire incident was captured on camera and the video has now gone viral on YouTube with more than a million views.