From Netflix to Xbox, brands put their best foot forward as they shared memes based on the “Did it hurt” trend. 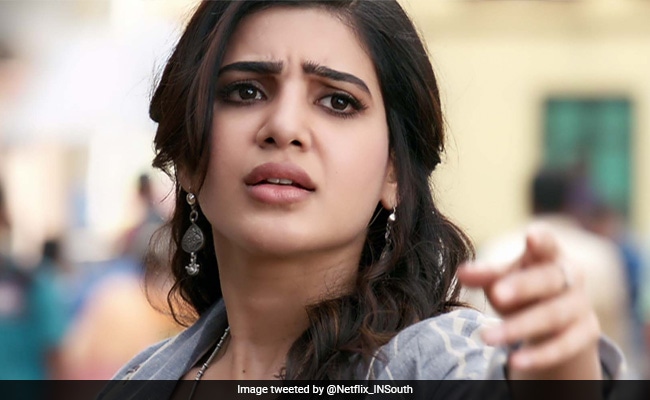 A photo shared by Netflix India South on Twitter as part of the "Did it hurt" meme trend.

In the world of pickup lines, “Did it hurt? When you fell from heaven” has to be on top of the list. And, the good folks of the Internet have decided to take the tried and tested pick up line and give it their own spin. So while the first part of the question --  “Did it hurt?” -- remains the same, the second part is changed by users, making for some hilarioys content on the Internet. And while these memes range from hilarious to even cathartic, several Indian and international brands are hopping onto the meme bandwagon.

The tweets are all rib-tickling to say the list. For instance, food ordering and delivery platform, Swiggy shared their version of the meme by referring to the age-old question of whether pineapple is a legitimate pizza topping. “Did it hurt? When you realised pineapple on pizza actually tastes kinda nice?” the tweet by Swiggy said.

Did it hurt? When you realised pineapple on pizza actually tastes kinda nice?

And like Swiggy, Instagram also teased their users when they reiterated that the photo of an egg was the most liked picture on their platform, despite all our attempts to look the best for our posts. In a cheeky tweet, the official account of the photo-sharing platform said, “Did it hurt? When an egg got more likes than you?” Ouch, that was too close to the truth, wasn't it?

did it hurt? when an egg got more likes than you?

Domino's Australia had a sharp tweet for all those waiting for a call from their special ones.  “Did it hurt? When you checked your phone but it was us, not her,” the pizza franchise tweeted, sending users into a tizzy.  Summing up what a lot of people felt when they saw the tweet, one user said to Domino's, “Brutal. Also, you won the Internet today.”

The official Twitter page of the video game console, Xbox, joined in on the fun and said, “Did it hurt? When you got handed the player-2 controller.” Triggering reactions from a bunch of gamers, Xbox created a flutter on the micro-blogging platform with its take on the meme.

did it hurt? when you got handed the player 2 controller

It even had Twitter Gaming replying to the post, asking, “Is it plugged in at least?” To this, Xbox replied, “You really think we'd do that? Give you a second controller and not plug it in?”

You really think we'd do that? Give you a second controller and not plug it in? ????

Not one to be left behind, the official page of Netflix India South also had its own fun take on the “Did it hurt?” trend. Sharing a still from the Tamil film Mersel, they had a question for all Samantha Ruth Prabhu fans. The tweet said, “Did it hurt? When she called you dai thambi (Hey brother)?”

Did it hurt? When she called you dai thambi? pic.twitter.com/oXtdAQmRl7

Well, after all those tweets we can say that it surely doesn't hurt to laugh a little at any given chance.