He Escaped Prison, Led A Double Life For Decades. His Story Is Now Viral

"This is the most beautiful, inspiring love story," wrote actress Jennifer Garner. 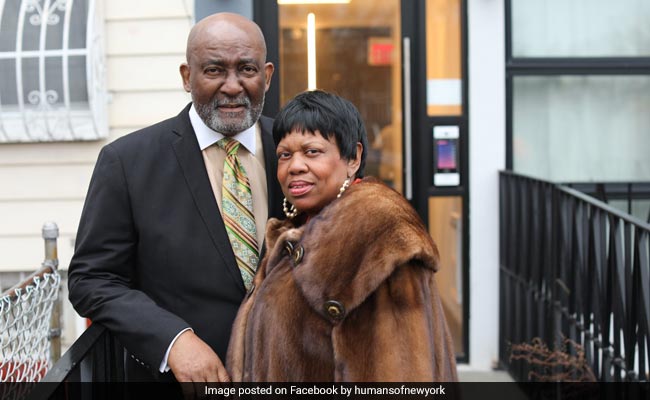 In 2015, the FBI knocked on the door of Bobby Love - a convict from North Carolina who escaped prison, changed his name and led a double life for years that his family had no clue about.

"It was just a normal morning. Almost exactly five years ago... And we get this knock on the door," his wife, Cheryl Love, recalled in the first of a series of 11 posts shared by the popular Facebook page Humans of New York.

Recounting the incident, Cheryl said that one of the officers who barged into her Brooklyn home asked her husband his name. When he answered "Bobby Love", they asked him to reveal his real name.

"And I heard him say something real low. And they responded: 'You've had a long run'," she said.

Bobby Love, as Cheryl soon discovered, was not her husband's real name. His name was actually Walter Miller, and he had escaped prison in 1977, made it to New York, married and raised a family until authorities tracked him down in 2015. For over 37 years, he had managed to lead a double life.

Bobby and Cheryl Love's story, revealed to Brandon Stanton - the man behind Humans of New York - has gone massively viral online. In a series of 11 posts, the couple spoke about Bobby's arrest, his escape from prison, how he managed to lead a double life for decades and how his arrest and the revelation of his identity affected their marriage.

In the second post of the series, Bobby Love spoke about growing up poor in a family of seven other children being raised by a single mother. In the third, he opened up about how he started robbing banks.

"I fell in with the wrong group of kids," he said. "These guys were robbing banks-and getting away with it. So I decided to tag along."

It was robbing a bank in North Carolina that ultimately landed Bobby aka Walter Miller in jail.

"One of those banks had a silent alarm. And while we were stuffing our bags full of money, the manager pulled the trigger," said Bobby, now 69.  "I tried to get away, ducking and weaving, running through cars. But I got shot in the buttocks."

Walter Miller was sentenced to 25 to 30 years in jail. In the next few posts, he revealed that his good behaviour in jail had him transferred to a minimum security prison, where he made the decision to make a run for freedom.

"Because I worked at the radio station, I was allowed a single pair of civilian clothes," he said. "I put those on beneath my prison garments and wore everything to bed," he added, explaining that he did all this on a Monday night, because the security guard on duty on Tuesdays never searched inmates before they went out to clean trash off the highways of Raleigh.

During his road duty, Bobby Love managed to escape from the bus.

According to the News Observer, he married his wife in 1985 and they had four children together. Bobby's arrest in 2015 led to his extradition back to North Carolina.

"My world came crashing down. Bobby's arrest was all over the papers," recalled Cheryl to Humans of New York. "Forty years of marriage, four grown children, and I never knew."

"I was so angry. But I never hated him," she said. "I wanted to comfort him. I wanted to hold his hand. I told Bobby later, 'That's how I knew I loved you. Because even in the worst of it, I was thinking about you.'"

Cheryl worked hard to free her husband. She wrote letters to Obama, to the governor, she testified on his behalf. Finally, in 2016, Bobby Love was released.

"I feel like a big burden has been lifted off my shoulders," Bobby told the Daily News that year.

Bobby and Cheryl Love's story, shared over the course of 10 hours, has taken social media by storm, collecting lakhs of 'likes' and comments.

"This is the most beautiful, inspiring love story I have ever watched as a ten hour mini series," wrote actress Jennifer Garner on Instagram. "Thank you, Humans of New York."

"You deserve a Pulitzer for this. And Bobby and Cheryl deserve to love forever," wrote talent scout Nicolas Heller.

This HONY series on Bobby Love and Cheryl has me deep in the feels. It needs to be a Netflix series.