Jennifer Gates took to Instagram to announce her engagement to Nayel Nassar. 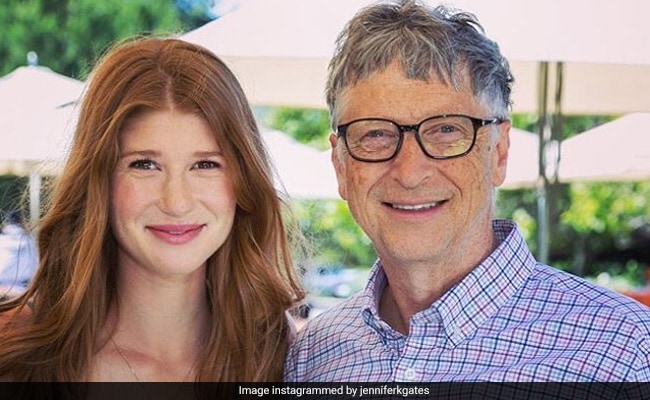 Billionaire Bill Gates' daughter Jennifer Gates has announced her engagement to boyfriend Nayel Nassar after years of dating. Jennifer Gates took to Instagram on Thursday to announce the engagement, sharing a picture that shows her with the Egyptian millionaire with whom she attended Stanford University

"Nayel Nassar, you are one of a kind," wrote the eldest daughter of Bill and Melinda Gates, sharing the picture that shows the couple sitting in snow, wearing ski gear. "Absolutely swept me off my feet this past weekend, surprising me in the most meaningful location over one of our many shared passions."

"Yes a million times over," she added, sharing a diamond ring emoji at the end.

Nayel Nassar, you are one of a kind. Absolutely swept me off my feet this past weekend, surprising me in the most meaningful location over one of our many shared passions. I can't wait to spend the rest of our lives learning, growing, laughing and loving together. Yes a million times over. ???? AHHH!!!

Jennifer Gates' Instagram post has been 'liked' over 46,000 times and collected congratulatory messages from hundreds of people. Her father Bill Gates, founder of Microsoft, was among those who commented on the announcement.

"I am completely thrilled! Congratulations," he wrote.

Melinda Gates also congratulated the couple, writing: "So thrilled for you and Nayel Nassar" in the comments section.

According to People, Nayel Nassar, 29, is an accomplished equestrian who will compete in the 2020 Olympics, representing Egypt. Born in Chicago and raised in Kuwait, he attended Stanford University, graduating in 2013 with a degree in economics.

"I'm feeling like the luckiest (and happiest) man in the world right about now," sharing two pictures, one of which shows Jennifer's diamond engagement ring.

SHE SAID YES!! ???? I'm feeling like the luckiest (and happiest) man in the world right about now. Jenn, you are everything I could have possibly imagined..and so much more. I can't wait to keep growing together through this journey called life, and I simply can't imagine mine without you anymore. Love you more than you can possibly imagine, and thank you for making every single day feel like a dream to me. Here's to forever! ????❤️

According to Vanity Fair, Jennifer Gates, like her fiance, is also a keen equestrian. She has also participated in professional horse riding competitions and is currently in medical school in New York, where the couple will reportedly live together.

Gates married Melinda French on a golf course on the Hawaiian island of Lanai on January 1, 1994. They have three children.

The family resides in Xanadu 2.0, an earth-sheltered mansion on the side of a hill overlooking Lake Washington in Medina, Washington.