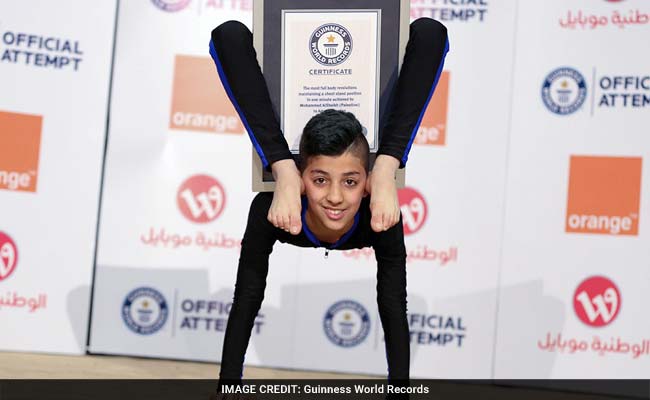 This Palestinian teenager just set a twisted new world record. 13-year-old Mohammed Alsheikh aka 'spider-boy' broke the record for 'most full body revolutions maintaining a chest stand in one minute'. The teen twisted his extremely flexible body 38 times in his attempt in Jordan, beating the previous record of 29.

The boy, with an almost-rubber-like-spine, has been a professional athlete for five years but wants to achieve more. "I have a wish and I hope to be a world champion in my sport," he told Guinness World Records. He was previously a finalist on Arab's Got Talent in 2015.

Promoted
Listen to the latest songs, only on JioSaavn.com
Mohammed wants to travel outside Gaza to showcase his rare talent across the world. “My dream for the future is to be famous and well known throughout the world,” said the new record book holder.

One more time, just watch how fast and flexible he is