A man in Australia found the nest of one of the world's largest spider species 'giant huntsman' guarding its egg sac in his car boot. 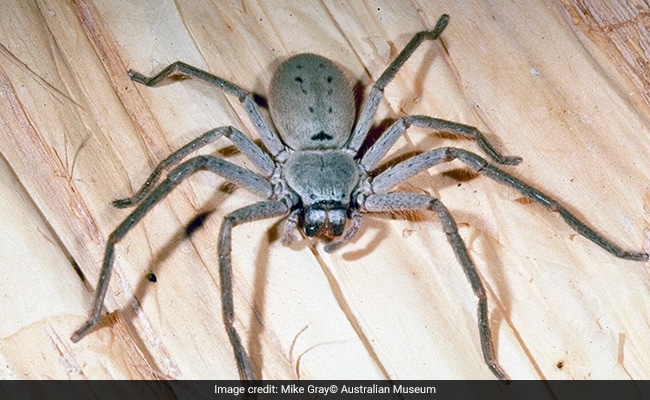 Jared Splatt was cleaning out his car when he discovered the huntsman spider.

In a gut-wrenching discovery, an Australian man has found dreadful huntsman spiders and hundreds of their babies inside his car boot. When Jared Splatt was cleaning out his car after offering to drive some friends, he came across the huntsman spider, one of the largest species of arachnids on the planet.

"I was fairly grossed out and shocked," Mr Jared told the British newspaper Metro.

"I was greeted with a giant huntsman and an egg sac on the left side. At first, with the egg sac, I thought, "Oh, that's cute; it's got a backpack,", then it dawned on me what it was," he said.

"My initial response was revulsion, but then seeing the bloody thing guarding the egg sac took it to another level," he added.

The news outlet further reported that Jared had come across a female huntsman who had produced a white egg sac carrying hundreds of babies, which could have hatched at any moment.

"The realisation I could have hundreds of baby huntsmans crawling through the car quickly turned it into an annihilation mission. I grabbed the can of Mortein and went to town - scorched earth like Les Grossman in Tropic Thunder," he said.

"I flicked it off the car, covered it in white chemical death, and then promptly stomped on the egg sac; some green goop shot out.

"My view was that I'd saved the neighbourhood from 200 plus one homeless people."

According to the Australian Museum, "Australian Huntsman spiders belong to the family Sparassidae (formerly Heteropodidae) and are famed for being the hairy so-called 'tarantulas' on house walls that terrify people by scuttling out from behind curtains.