In Noida, Cases Against 569 People Under UP Gangsters Act In 17 Months

The administration has written to all banks in the district to freeze the accounts of the listed gang leaders and their associates and also monitor their transactions. 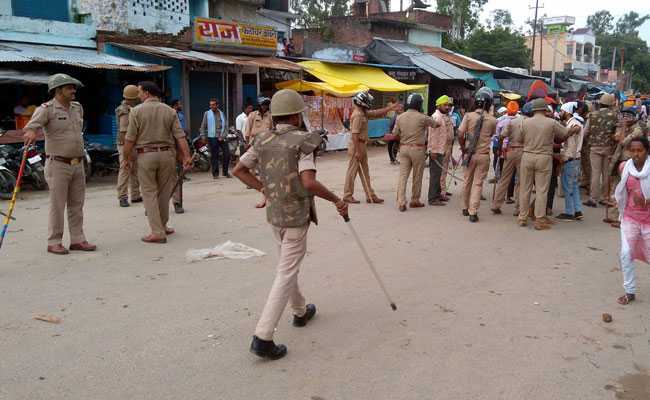 Police said they have attacked their source of finance by invoking the Gangster Act.

Murder accused, mining mafias, rogue builders, liquor and drug traffickers are among 569 people from 150 gangs who have been booked under the Uttar Pradesh Gangsters Act in last 17 months, according to officials.

The administration has now begun the process to attach their property and stop their bank transactions, in a major "paradigm shift" in the policy so as to hit their source of funding, District Magistrate Brajesh Narain Singh told PTI Sunday.

"Since May 1, 2017, 569 anti-social elements including 150 gang leaders and their 419 associates who have become a threat to citizens and law and order in the district have been booked under the UP Gangsters and Anti-Social Activities (Prevention) Act, 1986," according to an official document.

The latest action to attach their properties is being taken under Section 14 of the Act which provides special provisions for the prevention of, and for coping with, gangsters and anti-social activities and for connected matters.

"The action will have a wide-reaching impact. There are criminals involved in a variety of crimes and we have attacked their source of finance by invoking this Act.

"Now, they will have to prove to the administration that their properties and wealth is not ill-gotten as mentioned in FIRs against them," Mr Singh said.

He said earlier the district magistrate would have to wait for reports from the station house officers (SHOs) and local police in such matters, that caused delay.

The official document detailing the cases showed that 76 of these gangs were booked from May 1, 2017 till December 31, 2017, while 74 have been booked since January till September this year.

Mr Singh, along with Senior Superintendent of Police Ajay Pal Sharma, had on September 27 announced initiating the process to attach properties of these 150 gangs and stop their financial transactions.

The administration has written to all banks in the district to freeze the accounts of the listed gang leaders and their associates and also monitor their transactions.

It has also written to all government departments including local authorities, Income Tax, Sales Tax, sub-divisional magistrates and also the police stations to keep a check on their transactions and properties, Mr Singh said.

"We have asked them to stop the financial transactions of these people, in case of movable properties, and sought details about their properties within 15 days so that we can take further action against them," he added.

SSP Sharma said the gangs to be acted upon are decided by the local police.

"We have booked criminals with different sorts of modus operandi and nature of crime under the Gangsters Act," he told PTI Sunday, adding that the latest action "must have a wide impact".

On the cut-off date for the action being May 1, 2017, Singh said he had assumed the charge as the district magistrate on April 27 last year and therefore all the cases that have emerged since then have been taken up.

According to section 14 of the Gangsters Act, if a district magistrate has reason to believe that any property, whether moveable or immovable, in possession of any person has been acquired by a gangster as a result of the commission of an offence triable under this Act, he may order attachment of such property whether or not cognizance of such offence has been taken by any court.

Mr Singh said the administration is also sharing the full list of these gangsters with the public and requesting them to share any documentary proof against these people in any case with the officials, assuring the names of those helping will be kept confidential.

"We are asking the public to share with us any documentary evidence that they have so that we can ensure stringent action against them under the law," he added.

He said similar action would continue in future also to reign in crime and improve law and order.