According to the Muzaffarpur District Magistrate, the administration provided the Sri Krishna Medical College and Hospital (SKMCH) with Rs 2,000 for every unclaimed body they performed the last rites for. 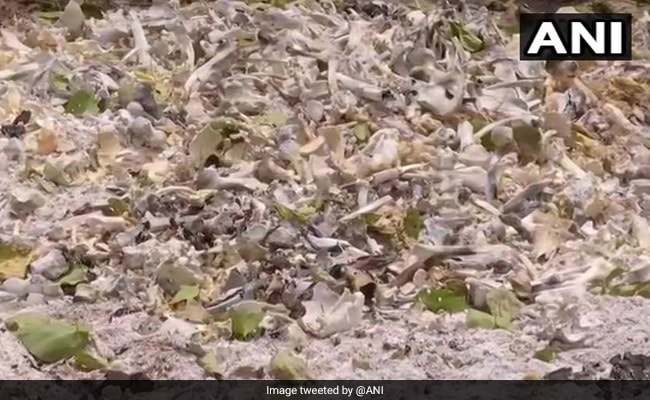 A week after hundreds of skeletal remains were found in a forest near a hospital in Bihar's Muzaffarpur district, an investigation has revealed these belong to patients at the hospital whose bodies went unclaimed.

According to the Muzaffarpur District Magistrate, the administration provided the Sri Krishna Medical College and Hospital (SKMCH) with Rs 2,000 for every unclaimed body they performed the last rites for.

He said that a high level investigation team was formed on June 25 and a report was filed. "It was found that last rites of unclaimed bodies are performed there, so their remains were found," the District Magistrate told news agency ANI.

"Forest Department had also planted a few saplings in that corner. No one goes to that corner. So last rites were done there. Administration used to provide them Rs 2,000 for each last rite. Nineteen bodies were disposed of in this manner in 2019, 100 bodies in 2018 and 47 bodies in 2017," he said.

He said that the skeletal remains will be sent to forensics so as to ascertain whether they were human or animal remains, male or female remains. "Their last rites will be performed after that. An order has been issued that no further last rites be performed at SKMCH premises but at Dadar Ghat," Mr Ghosh added.

SKMCH is currently dealing with a large number of cases of Acute Encephalitis Syndrome (AES), which has led to more than 160 deaths in Bihar.